Congress leader and potential Congress president Rahul Gandhi has no qualms about claiming the credit for role not played by his father.

It is vital to trace the history of telecom revolution in India to draw out lessons from this success story, as for such are rare in the history of independent India. There are two factors which were driving force behind telecom revolution in India. The first factor was private companies such as TCS (Tata Consultancy Service, founded in 1968) – Rajiv was not even in active politics then – was the driving force behind growth. The second factor was a rapid uptake of mobile phones as landlines and PCOs were outdated. Rapid growth in the use of mobile phones was because of the cheap connectivity and cheap communication cost in later years which proved to be a productivity multiplier.

In 1999, ten years after Rajiv Gandhi’s leaving office, the New Telecom Policy (NTP) noted that India had “over 1 million” mobile phone subscribers. Tele-density moved from 0.6% in 1989 to 2.8% in 1999. Does this constitute a “revolution” and does that make Rajiv Gandhi the progenitor of the mobile revolution?

India’s telecommunication network is the second largest in the world by a number of telephone users (both fixed and mobile phone) with 1.053 billion subscribers as on 31 August 2016. It has one of the lowest call tariffs in the world enabled by mega telecom operators and hyper-competition among them. India has the world’s second-largest Internet user-base. As on 31 March 2016, there were 342.65 million internet subscribers in the country.

Vajpayee, who also held the telecom portfolio at the time, took the politically difficult step of corporatizing BSNL.

Former NITI AAYOG chairman Arvind Panagariya documents in his book that key policy reforms were implemented by the Atal Bihari Vajpayee government in 1999, with one of the most important measures being the separation between policy formulation and service provision, culminating with the birth of Bharat Sanchar Nigam Ltd (BSNL) on 1 October 2000. Getting rid of this very obvious conflict of interest freed the telecom sector from political control.

Vajpayee, who also held the telecom portfolio at the time, took the politically difficult step of corporatizing BSNL.

The creation of BSNL wasn’t easy— 4,00,000 Department of Telecommunications (DoT) employees went on a long strike to oppose it. Though the Vajpayee government conceded almost all their demands, there was no going back on the fundamental principle of separating policy formulation from service provision and the accompanying corporatization. Besides this step, the 1999 NTP separated the DoT’s regulatory and dispute settlement roles too, with the creation of the Telecom Dispute Settlement Appellate Tribunal.

Before these reforms, the DoT was deciding policy for the sector, adjudicating disputes and providing telecom services. That such glaring conflicts of interest persisted for so many decades reflects on the calibre and intent of the governments that preceded the Vajpayee administration.

Under the 1999 NTP, the fixed licence fee payable upfront was lowered with the government introducing a revenue-sharing regime. The media was very hostile to the new policy.

Import duties on mobile handsets were cut from 25% to 5% in the 2000 budget delivered by Yashwant Sinha.

On 15 August 2000, “unlimited competition” was introduced in domestic long-distance telephony services. Just as importantly, import duties on mobile handsets were cut from 25% to 5% in the 2000 budget delivered by Yashwant Sinha. On 1 April 2002, Videsh Sanchar Nigam Ltd’s monopoly on international telephony ended. Panagariya documents all these changes painstakingly in his book, and it is these changes that deserve credit for the rapid increase in teledensity over the last decade. (Source –http://www.livemint.com/OpinionbiNfQImaeobXxOPV6pFxqI/The-story-of-Indias-telecom-revolution.html)

The Real Man Behind :

The real person who was behind the revolution in the telecom sector in India was Atal Bihari Vajpayee. Vajpayee gave space to private individuals to provide cheaper, and that faster, telecom services to Indian masses. Vajpayee provided ground for entrepreneurship in the said sector.

Yet the Congress leader and potential Congress president Rahul Gandhi has no qualms about claiming the credit for a role not played by his father. ‘Congress With Conscience’, sounds oxymoronic? It does. 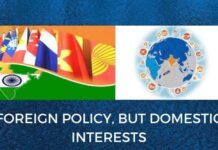 Indian scientists for the first time to dig deep ice to...