The chairman of the National Commission for Protection of Child Rights (NCPCR), Priyank Kanoongo busted a big conversion racket going on of tribal children in the name of providing shelter by Christian missionaries.

Earlier on Tuesday, the NCPCR chairman Priyank Kanoongo paid a surprise visit to a school in Madhya Pradesh’s Sultanpur.

The NCPCR found out that there were 15-20 Hindu Adivasi kids including girls who resided in the premise of a Christian missionary.

There is no government school in the vicinity of the missionary, so the question arises that how did the kids get into the missionary?

The kids are taught religious Christian texts in the missionary. Bible was found near their beds.

Surprisingly, kids from North-East states were found in the missionary premises.

The NCPCR chairman was tipped off that the kids are undergoing a special kind of training.

Priyank Kanoongo said in a statement, “The religious conversion of kids in this manner is illegal and immoral.”

He has passed an order which states that the kids should be back home.

The NCPCR has ordered to take action on those involved in the illegal conversion racket.

Recently, the NCPCR took action on the Christian pastors and mercenaries who used children in their propaganda videos. 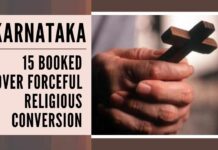 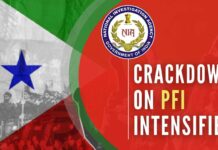