The wife of underworld gangster Dawood Ibrahim’s aide Riyaz Bhati, Rehnuma Bhati filed an application with the Mumbai police accusing her husband of rape and running a high-profile sex racket. In the requisition, besides naming her husband, the other people she has accused of rape are the Indian cricketers Hardik Pandya and Munaf Patel, senior Congress leader, and former BCCI chairman Rajeev Shukla and one Prithviraj Kothari.

The suspected Gangster and alleged Dawood Ibrahim aide Riyaz Bhati has been accused by wife Rehnuma Bhati of forcing her to have sex with his business associates and other “high-profile” people. Among the people she has accused of rape in an application to Mumbai Police are sportspersons and politicians.

Rehnuma Bhati has identified Pandya and Patel as cricketers and described Shukla as former chairman of the Board of Control for Cricket in India (BCCI), although she did not mention the address of those she has accused of rape or the specific dates or places where the alleged incidents happened.

She has also accused Riyaz Bhati of torturing and also physically assaulting her with iron rods and leather belts on various occasions. She said that Riyaz Bhati started forcing her to honeytrap his business associates. He forced her to engage in sexual activities with his business partners and beat her up and tortured her whenever she tried to resent, she alleged.

Rehnuma said, “I have been trying to get the police to register an FIR, but they aren’t complying. My application was submitted in September, it is already November now,” she said. “I have followed up with various levels of police authorities multiple times. I was told to give some money, but why should I spread corruption? I am right in my place. They are the ones who are criminals.”

Riyaz Bhati has a long criminal record and faces cases of alleged extortion, forgery, and land-grabbing. He has also been named in the extortion FIR against former Mumbai Police chief Param Bir Singh. Bhati is accused of extorting money from bar and restaurant owners at the behest of the IPS officer and dismissed policeman Sachin Waze. 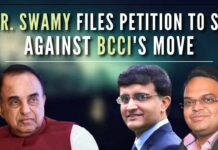 President appoints Justice U U Lalit as next Chief Justice of...