Mumbai girl who sealed the fate of Ajmal Kasab

The most clinching evidence in the entire trial of the Mumbai terror strikes of November 26, 2008, that ensured the noose for the sole surviving terrorist, Ajmal Kasab, was one of the terrorists who wreaked unprecedented mayhem in the country’s commercial capital for nearly 60 hours.

In the Mumbai terror attacks trial, the crucial evidence provided by a survivor and star witness — a girl who was not even ten years old — proved to be the nemesis for Ajmal Amir Kasab, the only Pakistani terrorist who was captured alive, and ensured that he was hanged after he had exhausted all legal remedies.

Kasab was one of the 10 heavily armed Pakistani attackers who wreaked unprecedented mayhem in the country’s commercial capital for nearly 60 hours as the world watched silently.

The witness, a child of 8 years then was about to turn nine, was injured by a bullet that hit her in the leg as Kasab and his associate opened fire indiscriminately inside the Chhatrapati Shivaji Maharaj Terminus building that unfateful evening.

The child who is now 22 years, recalled how her father Natwarlal and she were waiting to board a train for Pune where her brother, Bharat lived with his family. “Suddenly, we heard gunshots and loud booming sounds, people shrieking, crying, running helter-skelter. We were caught in the melee and the complete chaos,” she said, recounting the horrors of that night.

As she tried to escape with the others, she stumbled, felt a numbing pain, and saw blood oozing from her right leg. “Within moments, I realized I had been shot. I collapsed right there and regained consciousness only the next day,” Devika told IANS, the chilling sights of that fateful night still fresh in her memory.

She was rushed to the nearby Sir J. J. Hospital and the next day where she underwent major surgery to remove the AK-47 bullet lodged in her leg.

Over the next six months, she underwent several surgeries and in the subsequent three years, it was only after another six major operations that she was able to become completely mobile and independent.

“She was so small,” her father, Natwarlal Rotawan, recalled. “My wife Sarika had passed away just two years ago and with my two other older sons, we all took care of her despite great odds and little financial help forthcoming for her education or future.” Natwarlal was one of the prime prosecution witnesses in the 26/11 trial.

Devika admits that those initial three years were horrific for the entire family. She was even shifted to her native Sumerpur village in the Pali district (Rajasthan). Soon afterward, the family had to return to Mumbai for the court proceedings against Kasab.

With both the distraught father and his injured daughter not only surviving the ordeal but also becoming the star witnesses, it was finally their “clinching evidence” in the court in June 2009 that drove the proverbial last nail into Kasab’s coffin.

After exhausting all legal remedies, Kasab was hanged nine years ago — on November 21, 2012.

Though his life ended at the gallows, little Devika, who turns 23 next month, has seen her life as a continuing struggle on all fronts.

After managing to complete her school education from IES New English High School, Bandra East, Devika went on to do her HSC from Siddharth College, Churchgate and is now pursuing her Second Year Bachelor of Arts from Chetana College in Bandra.

Natwarlal said that initially, the family got around Rs.3.5 lakh as compensation, besides Rs.10 lakh as medical aid, and they had been promised a house under the quota for the economically weaker sections, but it has not come to the family even after 13 years.

“We have written to Prime Minister Narendra Modi, to successive governments in Maharashtra. The PM talks about ‘Beti Bachao, Beti Padhao‘, but what about my daughter Devika who challenged terrorists and Pakistan for our country,” the disconsolate father added bitterly.

Devika’s brothers Bharat, a shopkeeper, and Jayesh, 26, who has a severe spinal problem, recall how the family rose to the onerous task of caring for their “star kid sister, who was often in deep pain, but always restless.”

It involved regular visits to hospitals, cajoling her to take medicines on time, the daunting trips to the high-security Special Court inside the Arthur Road Central Jail, and Devika and her father coming face to face with Kasab during the trial, her unending meetings with lawyers, police officials, trudging from one government department to another for her financial compensation, college admission, and other necessary chores.

The family is ever grateful to Mumbai Police for helping them throughout. Natwarlal recalled how, so many times, the cops even carried the oft-naughty little Devika in their arms for the court hearings.

“They could obviously feel our pain…after all, they had also lost many of their brave colleagues. Unfortunately, the political apathy has really saddened us,” Natwarlal said.

Fortunately, at the height of the lockdown, the family managed to get timely help from the Bandra MLA, Zeeshan B. Siddique, a Congressman. Devika explained their predicament: “My father’s business came to a stop 12 years ago, my younger brother, Jayesh, has a severe back problem and cannot work…I hope to earn as soon as possible and help my family.”

She is quite firm on her future plans — cracking the UPSC exams to become an IPS officer, donning the police uniform, and hounding criminals and terrorists out of their comfort zones.

“I have not been able to overcome my trauma even after 13 years,” Devika said. “And I have not forgiven those who attacked my country and injured me.”

Her father added: “My daughter has shown the country what she is capable of. She now wants to dedicate her life to the nation. It is now up to the government and the politicians to honour their pledge.” 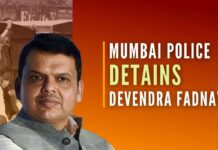 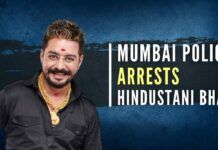 The Idea of India

Will the Pope step down?