19 ways to Tame the Dragon

While the Dragon is breaking the sanctity of border agreements and violating international laws, time may be ripe for India to reset border ties with China. India has to work out options to deter PLA (The People’s Liberation Army) intrusions at its borders, a series of steps to be executed carefully and systematically.

The Communist Party of China (CCP) acts as a firewall to all the hints of democratic rights and freedoms from the Chinese people. Since the ban of Communist Party by a 1954 law in the US, it has managed to creep in the media outlets and college campuses of major democracies. Exploiting the freedoms and rights of these democracies, the Chinese communist party has a free pass in their left-liberal media, NGOs and college campuses to disturb them internally.

Defense Pacts with smaller neighbors of defending them against aggression & keeping 1-2 regiments in India along with Indian forces could be an effective strategy.

After the Galwan incident, India has to re-set its ties with China. There is no end to Chinese greed for territories of other nations. In absence of any honor to the signed agreements, India has to work out options to deter PLA intrusions at its borders.

Following are the steps India can take to mark a change in its approach towards China.

1. Handing over a Non-Acceptable Behavior List at LAC (Line Of Actual Control) as exception events to No-weapon use policy.

2. Proposal of Joint-Audit mechanism of both sides of the border to work-out a framework on equivalent reduction – built up of arms & infrastructure.

3. Setting a QUAD headquarters at one of the islands at Malacca strait. Extensive participation in mock drills & naval exercises in the South China Sea & Pacific.

4. Matching the multi-dimensional war games frequency with Russian forces with the number of exercises with western partners.

5. Setting up a South-Asia Anti-terror Allied forces that can launch punitive actions without the hassle of political approvals of member governments.

7. Prepare for fifty more Doklams in terms of operational readiness of forces at LAC.

8. Defense Pacts with smaller neighbors of defending them against aggression & keeping 1-2 regiments in India along with Indian forces.

9. Setting up Annual National Security Advisors Meet with all countries bordering with China.

10. Joint production and R&D of weapons with East Asian countries sharing borders with China. Train them to deploy Access-denial and Anti-Access tools & strategies at borders.

12. Reforming UNSC and/or setting up a new parallel Organization as a collaborative Western front. The front should work on how WTO deals can enforce democratic rights before members can reap the benefits of trade deals. Every anti-China action agreed upon must be replicated by all the members of the front.

13. Re-visiting entire Trade with China & shape it on the principle of reciprocity.

14. Setting up Man-power & Students export desk in all Indian embassies to export Indian human resource to the World.

17. Declaration of a Swadeshi Day led by a Non-Governmental icon / group as a mass Nation-wide celebration of replacing foreign items with Indian ones.

18. Setting up domestic alternatives of all security-sensitive & life-threatening emergency requirements within India.

19. Setting up a Consortium of Countries dependent on river flows from China to address lower riparian water rights. 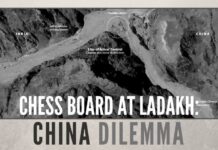 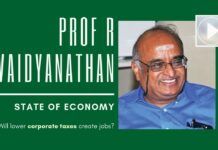 India welcomes joint statement by 5 world powers to prevent the...