[dropcap color=”#008040″ boxed=”yes” boxed_radius=”8px” class=”” id=””]T[/dropcap]he heaviest rains in Tamil Nadu in over a century and floods have left 269 people dead, Home Minister Rajnath Singh said on Thursday, describing the situation as “very alarming”.The minister also told the Lok Sabha that 54 people had been killed in neighbouring Andhra Pradesh and two in Puducherry.

“There are no two opinions that the situation in Tamil Nadu is very alarming and very critical. It is not an exaggeration to say that Chennai has turned into an island,” Singh said in the Lok Sabha and later made a similar statement while replying to a discussions on the floods in Rajay Sabha.

He said all highways leading to Chennai were closed.

“Chennai has become an island. All roads connecting to Chennai are inundated,” he said.

In Rajya Sabha, he said there is a shortage of drinking water, and if needed water will be airlifted to the city.

Chennai, he said, had received torrential rains, and the meteorological department had forecast more rains in the next two-three days. The minister said rainfall received in Tamil Nadu in 24 hours between December 1 and 2 was 330 mm, while the longtime average for whole month of December is 250 mm.

Singh said 30 teams of the National Disaster Response Force and seven columns of the army were engaged in relief and rescue work. The navy had also deployed boats and divers.

He said the central government would provide all necessary assistance sought by the Tamil Nadu government.

Referring to Odisha, he said more money would be released in the wake of Cyclone Phailin which hit the state in 2013.

[dropcap color=”#008040″ boxed=”yes” boxed_radius=”8px” class=”” id=””]H[/dropcap]e said the centre would take necessary steps on West Bengal’s demand for central assistance in the wake of the heavy rains in the last monsoon.
Sudip Bandopadhyay of Trinamool Congress said the central team decided on assistance without consulting the chief minister.

He said West Bengal had suffered both drought and floods. Expressing unhappiness over the minister’s reply, Trinamool Congress members staged a walk out.

Bhartruhari Mahtab of Biju Janata Dal said the minister had not given a concrete reply over the state’s demands in the wake of cyclone Phalin during which nearly 10 lakh people were evacuated to safer places.

Deputy Speaker M. Thambidurai, an MP from the AIADMK, said the central government should accept all the demands of the Tamil Nadu chief minister relating to the flood situation.

Congress leader Mallikarjun Kharge said the central government should call a meeting of Niti Aayog and increase the amount of assistance to the states.

Rajnath Singh said: “The central government has been providing maximum assistance to states and will continue to do so.” 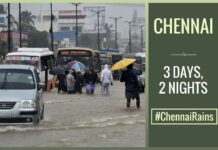 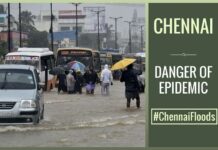 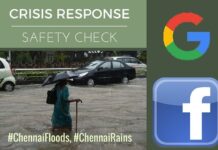 Facebook, Google pitch in to help users in flood-hit Chennai

Modi has his sights set firmly on foreign policy