Sri Lankan government said that it will focus more on Asia, particularly China and India, to boost the local economy after Britain had recently decided to withdraw from the European Union (EU).

He said that a committee has been appointed by Prime Minister Ranil Wickremesinhe to study the impact Brexit will have on Sri Lanka and the remedial measures the country must take.

“We will strengthen trade ties with Asia. We need to expedite the proposed trade agreements with China and India,” he said.

[dropcap color=”#008040″ boxed=”yes” boxed_radius=”8px” class=”” id=””]B[/dropcap]ritain is one of Sri Lanka’s biggest export markets and the country was hoping to improve trade with Britain under the EU GSP plus trade concession.

Dr. Harsha de Silva said that Sri Lanka will this week formally submit its application to regain GSP plus from the EU, but since Britain will now be out of the EU, Sri Lanka will look to sign a new free trade agreement with Britain.

“We are now confident of getting back GSP plus but since Britain will not be in the EU we are studying the possibility of signing a free trade agreement with Britain,” Dr. Harsha de Silva said.

Sri Lanka lost the EU GSP plus trade concession when the former government was in office over human rights related issues but the new government which took office last year has met most conditions to regain GSP plus.

Dr. Harsha de Silva said Sri Lanka needs to cushion the impact Brexit will have on the country so it will push to agree on trade deals with several Asian countries.

Notes: – Xinhua (This story has not been edited by PGurus.com and is generated from a syndicated feed we subscribe to). 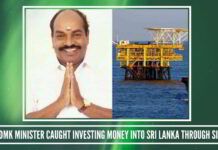 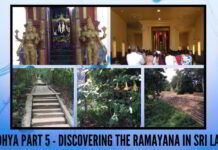 Chhota Rajan’s fingerprints from the early ’80s nailed him

No mention of rail tariff increase, does this mean nothing forecoming?