Dogras of Jammu know who their friends and foes are

What an irony? Those who left no stone unturned to destroy Jammu, erode its distinct identity, cause a schism in the Jammu society, pit members of one community against the members of another, render the Dogras unreal and ineffective, trifurcate Jammu on a religious basis, create a Valley-like situation in Jammu and keep Jammu out of the nation-building departments have been doling out sermons in Jammu. And their sermons seek to teach the Dogras what nation, state, nationality, patriotism, sovereignty, secularism, pluralism, diversity, unity, brotherhood, communal and social harmony, human rights and democracy mean and what the Dogras must do to uphold what they dole out in Jammu from their own platforms and from the platforms provided by some intellectually and politically bankrupt and power-hungry persons completely ignoring their obligations towards the Dogras.

Very significantly, the destroyers conveniently withhold the stark realities and historical facts believing that the Dogras are apolitical, illiterate and incapable of understanding their real intent. They believe that their sermons have the potential of fooling or beguiling the Dogras and advancing their own agendas with the help of gullible Dogras.

The Kashmiri leaders, both political and religious, would consistently demand that all the posts in the government – from Governor to orderly – be made the sole preserve of people of Kashmir belonging to a particular community.

They are blissfully ignorant. Things in Jammu have radically changed. The Dogras of Jammu know who their friends and foes are. Their political behavior and voting pattern in Jammu establish that. There should be no doubt about it.

It’s time to catalogue here at least 15 stark realities and historical facts these destroyers do not talk about or suppress while delivering sermons in Jammu. These are:

These are only 15 of the several such instances which call the bluff of the destroyers and put things in perspective. If they believe that the Dogras would again walk into their nasty trap, then they are obviously living in a fool’s paradise or in a world of the past. India is a “welfare state” and trouble-makers in Kashmir are “evil forces”, says Saudi Gazette

J&K: Gone are those bad days 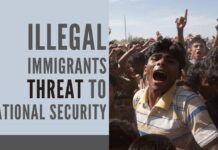 Sudhir Bisht - April 10, 2021 2
His short spells of engagement at Harvard, JNU and now at Ashoka University prove that he likes to stay around for brief periods only. A...

BJP Government withdraws from the controversial takeover of 51 temples in...

Does AAP Have A Future?