This man Kamlakar Shenoy deserves a standing ovation from all Mumbaikars for the dogged manner in which he single-handedly exposed a Rs 40,000 Crore scam in MHADA and its repair board.

Several builders were given permission by MHADA to demolish and redevelop old cessed buildings under DC Rule 33(7). They were incentivised by giving additional FSI. One of the condition was that a portion of the redeveloped buildings was to be surrendered to MHADA. But, most of the builders never did that. The value of the real estate stolen by the crooked builders was a whopping Rs 40,000 Cr.

Couldn’t the Maharashtra govt have acted against the builders and MHADA officials when it received the complaint?

Kamlakar, whose sole income is a small hotel, was shocked by the humungous scale of the scam.

Ideally, MHADA should have filed FIRs against the chor builders. But, it never did that because that would have exposed many of its own officials.

Kamlakar’s complaints fell on conveniently deaf ears. The state govt too refused to intervene. Not to be deterred, Kamlakar submitted a series of RTI applications to MHADA and other agencies. Armed with the mass of information he had obtained through RTI he filed, two years ago, a PIL before Bombay High Court, which pronounced its reserved 55-page order on 18th September 2019, directing the Anti Corruption Bureau to file an FIR within five days against the persons concerned for this mega fraud. Salute to Kamlakar and Bombay High Court for this bold move against crooked builders and corrupt officials.

The question that arises is why citizens have to move the court every time to get the govt to perform its basic duties? Couldn’t the Maharashtra govt have acted against the builders and MHADA officials when it received the complaint? Is it that the govt is so sick that it needs PILs to make it work? I hope at least now the state govt will act with speed and arrest all the builders and MHADA officials concerned. It is its basic credibility that is on the test. 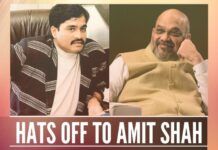 Hats Off To Amit Shah 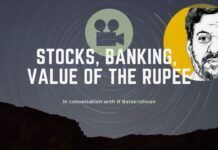