The All-India Muslim Personal Law Board (AIMPLB) has termed the Uniform Civil Code (UCC) “unconstitutional and anti-minority move”. The AIMPLB said the matter has been brought up in order to divert attention from real issues and added that the decision is not acceptable to Muslims.

In a statement released by Maulana Khalid Saifullah Rahmani, AIMPLB General Secretary said the Constitution has allowed every citizen of the country to live according to his religion.

“The talk of adoption of Uniform Civil Code by the Uttarakhand and Uttar Pradesh governments or the Central government is just rhetoric and everyone knows that their purpose is to divert attention from issues such as rising inflation, falling economy, and growing unemployment,” Rahmani added.

“The Uniform Civil Code issue has been brought up to divert attention from real issues and promote an agenda of hatred and discrimination. This anti-constitutional move is not acceptable to Muslims at all. The All India Muslim Personal Law Board strongly condemns this and urges the government to refrain from such actions,” he said.

The AIMPLB’s statement comes a day after Himachal Pradesh Chief Minister Jai Ram Thakur lauded the UCC as a good concept and said his government is open to implementing it.

Earlier, Uttarakhand Chief Minister Pushkar Singh Dhami has also said a high-level committee will soon be set up to draft the UCC and communal peace in the state will not be allowed to be disrupted at any cost.

In November 2021, the Allahabad High Court said the UCC is mandatory. This was stated by a single-judge bench of Justice Suneet Kumar, who was hearing a batch of 17 petitions, pertaining to protection sought by inter-faith couples.

Earlier, last year, the AIMPLB had called the UCC unworkable for a diverse country like India. The board had urged that the Central government reconsider its aggressive stance towards getting the UCC implemented in the country and concentrate on real issues like education, employment, inflation, health infrastructure, and political crisis, gnawing at our existence. 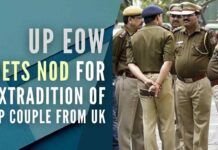 In a first, the EOW of the UP Police secure permission for extradition of UP couple for fraud involving Rs.800 cr from the UK 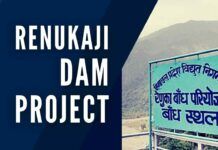 The three-decade wait for HP dam is over over; will generate power for HP, quench thirst of Delhi