Andhra Pradesh cabinet dissolved ahead of reconstitution of state cabinet

Amid the reconstitution of the Andhra Pradesh cabinet which is scheduled on April 11, all 24 ministers in the Y S  Jagan Mohan Reddy government tendered their resignations on Thursday. Immediately after the cabinet meeting chaired by the Chief Minister ended, the ministers handed over their resignation letters to him.

The Chief Minister is expected to meet the Governor and hand over the resignation letters of his cabinet colleagues.

The new cabinet is likely to have representation from each of the newly-formed 26 districts of the state. Caste, region, religion, and gender will be factored in, as in June 2019, when Jagan Reddy took over as Chief Minister.

Mr. Reddy had five Deputy Chief Ministers, one each from Scheduled Castes, Scheduled Tribes, Backward Classes, Kapu caste, and the Muslim minority community. There were three women in the cabinet. The Home Minister was M Sucharita, a woman from the Dalit community. This structure is likely to be repeated.

Speaking to the media, outgoing Information and Public Relations Minister Perni Venkatramaiah said: “All 24 ministers of Y S Jagan Mohan Reddy government have resigned today. This is in accordance with the Chief Minister’s wish to strengthen party machinery by assigning key responsibilities to experienced leaders to prepare the party for victory in the 2024 Assembly elections. This decision of the Chief Minister has been welcomed and happily accepted by all the ministers.”

This is the second time in the history of Andhra Pradesh that an entire cabinet is resigning mid-way.

In 2019, soon after his massive victory in the Andhra Pradesh election, Mr. Reddy had said he would pick a new team mid-term as part of his strategy for 2024. The idea was to give everyone a chance and also beat any anti-incumbency against any MLA who has served as minister. 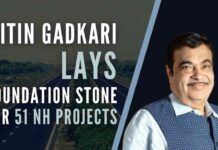 Where in the world is Rahul Gandhi?