The Hindutva cause should be honoured & respected!!!

Dakshina Kannada dissent by party workers has erupted following the gruesome murder of its youth leader Praveen Nettaru, a resident of Bellare, Sullia Taluk who was attacked by what appears to be bike-borne hired assailants when he was returning home after closing his poultry selling shop late on Tuesday evening.[1]

The BJP party has come under attack from its own party cadres for its lukewarm approach in dealing with fundamental jihadi elements in the State.[2]

Praveen Nettaru, a resident of Bellare was definitely on the hit list, looking at the way killing took place. A case has been registered under Section 302 (murder) of the IPC. The gruesome killing triggered spontaneous protests in several parts of the coastal district on Wednesday with instances of stone pelting being reported in a few areas of the District.

During the funeral procession of the BJP Yuva Morcha district executive committee member Praveen Nettaru, the anger and grief were visible writs large on the faces of the participants.

A section of the party’s youth workers in Mangalore, Udupi Chikkamagaluru on Wednesday announced that they were resigning from the party post, as the party had failed to protect its own cadre.[4]

Inappropriate response by the BJP leadership

Unwanted statement by Sr Party leaders K S Eshwarappa, that they will replace those who have quit party posts, has not gone down well among party workers.

Nalin Kumar Kateel, the BJP state president and local Lok Sabha MP from Dakshina Kannada, a BJP stronghold was heckled, manhandled, and his car damaged by the agitating party workers.

#Karnataka
Activists and locals heckle @BJP4Karnataka president @nalinkateel @karkalasunil following to the murder of #PraveenNettaru in Dakshina Kannada district. They booed at the leaders and also raised slogans against #BJP @IndianExpress pic.twitter.com/QDey9jWJUt

Adding fuel to fire BJYM President Tejasvi Surya in a private conversation out in the public domain with party workers made some adverse comments and asked will collect money to compensate the Praveen Nettaru’s family. Yuva Morcha President and Bengaluru South MP Tejasvi Surya’s further continued with a controversial statement asking whether security guards can be provided to everyone[5]. The statement comes from the backdrop of the murder of BJP Yuva Morcha leader Praveen Nettaru in Dakshina Kannada district’s Bellare in Karnataka.

The wife of the deceased demanded justice and rubbished rejected the compensation offer.

The BJP Party cadres in private are upset with the Popular Front of India (PFI) and its political wing, the Social Democratic Party of India (SDPI) who they are claiming is getting tactical support funding from BJP[6]. This allegation is refuted by Sr BJP leaders citing Congress’s dirty game plan by adding fuel to the fire, keeping in mind the State Assembly election next year in May 2023.

At many sites of protest by BJP cadres against the murder, they were loud outbursts by protestors of implementing the Yogi-UP type approach. In many places police restored to lathi-charged to disperse the crowd with many asking whose Govt is in place[8]. The state leadership is termed weak, controlled by high command with the constant fear of being replaced.

It’s a wake-up call for BJP in this Hindutva belt and a band-aid approach with lip service will not work. The Party cadres are expecting tough action to curb the violence and stop the target killing of Hindu activists.

The message out of Dakshina Kannada from the ground is loud and clear, respect the Hindutva cause, and don’t treat them as a vote bank … 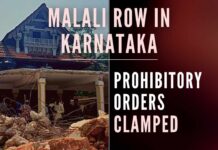 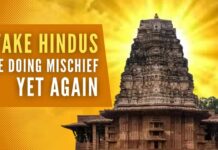