On August 5, 2019, your government created a history of sorts. That day, it read down seditious Article 35A, abrogated discriminatory Article 35A, created UT of Ladakh out of J&K State, and also granted UT status to the remaining J&K. It was the first-ever concrete step taken by any government at the Centre to break the backbone of Kashmir jihad and integrate this frontier region fully into India. The nation hailed it as a spectacular and splendid victory over fake secularism and break-India forces both within and outside.

The enslaved, grossly ignored and politically marginalized people of Jammu and Ladakh celebrated the day as a day of deliverance. They took the revolutionary reforms to mean the return of hope and joy for them. They also took these epoch-making changes to mean that their night of discontent and despair would soon draw to its close and they would attain the status in the polity they legitimately deserved as citizens of the great nation. The people of Jammu province celebrated the day as a day of thanksgiving, notwithstanding the fact that your government didn’t separate Jammu from jihad-gripped Kashmir.

Unfortunately, however, the reform scheme has not changed things for the people of Jammu province. Rather, the powers-that-be in J&K has been following the policy the New Delhi-backed Kashmiri ruling elite devised in 1947 and implemented it in letter and spirit till June 19, 2018, to destroy the people of Jammu province socially, religiously, culturally, economically, and politically. I will not cross the line if I may say so that the authorities in J&K post-August 2019 have turned out to be more Kashmir-centric. The situation has now climaxed to the point that the authorities are not sparing even Jammu women-folk and patients in Jammu province in their desperate bid to further appease Muslims in Kashmir.

Mr. PM, I am a senior citizen. I am on the spot. What I am saying is a statement of fact. A reference here to just seven recent decisions and announcements would prove that what I am trying to bring to your kind notice and for your sympathetic consideration is absolutely correct and not based on heresy:

Earlier in July 2021, the government shelved the proposal for the construction of Jammu International Airport between Deon in tehsil Bari Brahmana and village Sumb in tehsil Samba for reasons best known to it[2]. It needs to be underlined that almost one crore tourists from different parts of the country and outside visit Jammu every year and go to Shri Mata Vaishno Devi Shrine to pay obeisance, as against less than four to five lakh tourists who visit Kashmir.

On November 8, 2021, Srinagar was added to UNESCO’s “creative cities list”. That day, Srinagar – the epicenter of jihad since 1339, where the nation witnesses targeted killings and attacks on the Indian Army and other security forces and all the symbols of the Indian State on a daily basis and which was made Hindu-free by the jihadi forces in January 1990 – became the third creative Indian city after Mumbai and Hyderabad. Srinagar was one among the 49 cities worldwide selected for the UNESCO creative cities network (UCCN) on the recommendation of the Union Government[3].

Sadly, Jammu, which has been fighting against jihad in Kashmir and making supreme sacrifices since 1846 and houses about 15 lakh, Hindu-Sikh refugees, from Pakistan, PoJK, and Kashmir, all victims of jihad, was ignored. It was Jammu, which not only established the mighty Dogra Kingdom comprising Ladakh, Gilgit-Baltistan, and Kashmir in 1846 but also introduced revolutionary reforms in fields of social, cultural, economic and political, and justice, and agrarian systems between 1846 and 1946.

On November 10, 2021, the jihad-gripped Baramulla district in Kashmir was given 3rd rank among 117 aspirational districts of India. Courtesy: National Institution for Transforming India (NITI) Aayog[4]. It must remain a matter of concern that the NITI Aayog didn’t consider even one out of ten Jammu districts for such a status.

On November 21, 2021, J&K Government took the decision to establish ten 12-bedded hybrid Intensive Care Units (ICUs) as well as 13 maternal ICUs under Emergency COVID Response Package-II (ECRP) across Kashmir. It took the decision to “improve the critical care as well as maternal care across Kashmir hospitals”[5]. It needs to be noted that Kashmir already had several maternity hospitals. As for Jammu province, there are only two maternity hospitals. That the J&K Government would decide to establish 12 hybrid Intensive Care Units and 13 maternal ICUs and totally ignore the Jammu women speaks for itself.

As if all this was not enough, the authorities in the state left the patients in Jammu with no other option but to fend for themselves. The J&K Government installed the five latest MRI machines in Kashmir. It didn’t appreciate the fact that there was only one outdated MRI machine in Jammu, which was installed at the Government Medical College and Hospital Jammu way back in 2000[6].

Mr. PM, these constitute only seven of the several such instances which serve to indicate the extent to which the authorities in J&K have turned Kashmir-centric. These also serve to indicate the extent to which they have been rigorously excluding people of Jammu province from all walks of life. People of Jammu constitute the nation’s backbone in this strategic region and they have been conspicuous by their presence in Kashmir, particularly since 1987, when secessionist violence gripped the whole of Kashmir.

Mr. PM, the people of Jammu province cannot lead a life of dignity as long as the nationalistic Jammu and jihad-gripped Kashmir are maintained as a single political unit. They will lead a secure and dignified life only if Jammu is treated like Ladakh and granted full state status. This is the only panacea available.

Even otherwise, the people of Jammu province should not and must not suffer for the politics of jihad being played by the Abdullahs, the Muftis, and the ilk in Kashmir for decades. If the people of Jammu are not to suffer anymore or not to remain under President rule in the future and if they have to have their own elected and stable government, they have to be granted full state status.

Mr. PM, J&K has been witnessing Governor/ President rule at regular intervals since 1977. The Governor’s rule was first imposed in J&K on March 17, 1977, and it remained under Governor rule for 114 days (March 17, 1977-July 9, 1977). The Governor’s rule was imposed by PM Indira Gandhi, saying that the Sheikh Abdullah Government had become “a threat to national security”. J&K again was brought under the Governor/ President rule on March 6, 1986, and the Central Rule continued for 246 days between Mar 6, 1986, and Nov 7, 1986. The Governor’s rule imposed by PM Rajiv Gandhi on the ground that the GM Shah-led coalition government had become “a threat to national security”. Earlier in 1984, PM Indira Gandhi brought down the Farooq Abdullah government, saying that “Farooq Abdullah had become a threat to national security”. J&K again remained under the Governor/ President rule for six years and 264 days between January 19, 1990, and October 9, 1996. Mortally afraid CM Farooq Abdullah had fled away to the UK on January 19, 1990, to escape the Kashmiri Muslim wrath and the wrath of jihadis including Syed Salahuddin. The Kashmiri Muslims had been chaffing and seething with anger because Farooq Abdullah in collaboration with PM Rajiv Gandhi rigged wholesale the assembly polls in 1987. J&K witnessed Governor’s rule for the fourth time for 15 days between October 18, 2002, and November 2, 2002, because Farooq Abdullah refused to function as caretaker CM and because Peoples Democratic Party (PDP) and Congress took time to manage the required numbers for forming a coalition government. J&K witnessed the Governor’s rule for the fifth time for 178 days between July 11, 2008, and January 5, 2009. Governor rule had to be imposed because the Congress-led coalition government collapsed after the Muftis-led PDP withdrew its support to the government on June 28, 2008, over the Amarnath land issue. J&K was brought under Governor rule for the sixth time on January 9, 2015, and it remained under that dispensation for 51 days between Jan 9, 2015, and February 28, 2015, because the BJP and the PDP took 50 days to work out a power-sharing formula, called “PDP-BJP Agenda of Alliance”. Governor rule had to be imposed because the defeated CM Omar Abdullah refused to continue to function as caretaker CM. Governor rule was imposed in J&K for the seventh time after the death of CM Mufti Sayeed on January 7, 2016. The state remained under Governor rule for 87 days, till April 3, 2016. J&K had to be brought under Governor rule because Mufti Sayeed’s daughter Mehbooba Mufti wanted unbridled power to misrule and destroy the state. She took the oath of office only on April 4, 2016, after she was assured the fullest possible support. And J&K has been witnessing Governor/ President rule since June 19, 2018, when the BJP withdrew its support to her government, citing security reasons and asserting that her government was anti-Jammu. Governor rule continued till December 19, 2018, when J&K was brought under the President’s rule.

Mr. PM, it would be only desirable if the stark realities as they exist in J&K are appreciated and recognized and a Bill separating Jammu from Kashmir and granting Jammu statehood status introduced and adopted in this very Winter Session of the Parliament. It would also be desirable to underline that Jammu will be 100% out of the State Council of Ministers as and when constituted after the assembly elections took place on the basis of new delimitation based on the 2011 fudged census figures. The separation of Jammu from Kashmir will, on the one hand, strengthen the nationalist constituency in this strategic part of the country, and on the other, enable the Union Government to tackle more effectively the menace of jihad in Kashmir.

Mr. PM, any failure on the part of the Union Government to separate Jammu from Kashmir would alienate the nationalistic people of Jammu province like it happened 1952-1953, 1967-1968, 1998, 2008, 2011, and 2015. The nation witnessed massive political explosions in Jammu during these years. The nation just can’t afford discontent, unrest, and alienation in Jammu.

I sincerely believe that your responsive government will do the needful convinced that the separation of Jammu from Kashmir is a national requirement and an exigency of the time. 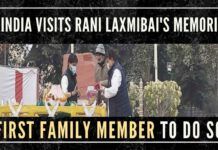