[dropcap color=”#008040″ boxed=”yes” boxed_radius=”8px” class=”” id=””]A[/dropcap]pple faces the prospect of paying out damages to the tune $862.4 million for using without permission patented technology developed by a Wisconsin university team including two Indian-Americans. Gurindar Sohi and Terani Vijaykumar, both electrical and electronics engineering graduates of Birla Institute of Technology and Science (BITS), Pilani, were part of a four member team that developed the technology.

A Wisconsin jury on Tuesday found that in creating processors for several popular devices, including the iPhone and iPad, the tech giant used technology owned by the University of Wisconsin Alumni Research Foundation (WARF).

The jury must now decide how much Apple owes the foundation in damages for its infringing A7 processor, used in the iPhone 5S, the iPad Air, and iPad Mini, according to Court News Service.

Trial proceedings began on October 5, over a year and a half after WARF first filed its complaint against Apple with the US District Court for the Western District of Wisconsin in early 2014.

Last month, the foundation filed a nearly identical complaint to the one the jury decided, claiming infringement of the same patent on the new A9 and A9X processors in the iPhone 6S, iPhone 6S Plus, and iPad Pro. Apple has yet to file an answer to the latest complaint.

[dropcap color=”#008040″ boxed=”yes” boxed_radius=”8px” class=”” id=””]A[/dropcap]ccording to both complaints, the patent titled “Table-Based Data Speculation Circuit for Parallel Processing Computer” was issued to Andreas Moshovos, Scott Breach, Terani Vijaykumar, and Gurindar Sohi in 1998 as a result of their “labour and ingenuity”.

“The invention disclosed and claimed in the patent has been recognized by those in the art as a major milestone in the field of computer microprocessing,” the complaints stated.

[dropcap color=”#008040″ boxed=”yes” boxed_radius=”8px” class=”” id=””]T[/dropcap]he patent, which concerns technology that improves processor efficiency, was used in the company’s A7, A8 and A8X processors, which power the iPhone 5s, 6 and 6 Plus in addition to several iPad models, the foundation said in its compalaint.

“This work has been recognized as a major milestone in the field of computer microprocessor architecture/design,” lawyers for WARF wrote as cited by Christian Science Monitor.

“Indeed, Dr. (Gurindar) Sohi, the leader of the lab that developed the ‘752 patent, has been elected to the National Academy of Engineering based on his work in the field of computer architecture,” they added.

In its case, WARF asserts Apple incorporated patented computer microarchitecture into the A7, A8 and A8X system-on-chip designs, components used in numerous iOS devices.

As the University of Wisconsin’s non-profit patent management body, WARF patents and licenses inventions developed at the institution, with proceeds gained put toward future research projects.

WARF leveraged the same patent against Intel’s Core 2 Duo CPU in 2008, a case settled out of court in 2009 for an undisclosed sum, according to a 2014 report from The Register cited by the Monitor. 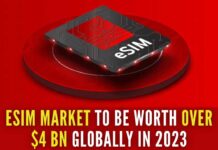 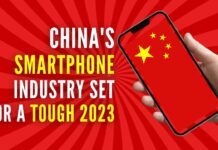 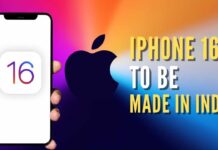