The Battle of Pratapgarh has been etched in our memory for couple of reasons. One, a legend was born who then went on to establish a very successful Maratha empire. Two, the tactical brilliance with which, Chhatrapati Shivaji Maharaj outsmarted and outwitted his nemesis Afzal Khan; defeating him in an epic encounter.

This episode from history and broadly the lifestyle and rule of Shivaji Maharaj gives us excellent insights which we can carry to our modern day software development methodology viz., Agile.

Shivaji Maharaj was a master tactician who won several battles not just based on his gallantry but sound planning and strategizing. He always focused on his strengths and was aware of the weak areas. Another personal trait of Shivaji where we can learn immensely is his frugal way of living. Optimizing resources and anticipating risks and having sound mitigation strategy was his way of leading a lean force into a deadly opposition for any enemy.

In this paper, we would focus on some of his tactics, personal traits, battle wins, way of life etc. and apply those learning’s in our modern day Agile software development methodology and efficient project management at large.

Very few historical figures are as revered and celebrated as Chatrapathi Shivaji Maharaj in India and globally. Shivaji Maharaj was pivotal in challenging the Islamic rule prevalent in India those times. He proved to be a nemesis for the Mughal rulers in the north of India whereas the Adil Shahi dynasty feared him for his ferocity and alacrity. Also, were equally feared of the Marathas were the numerous kingdoms including the British and the Portuguese. So, what made him create the vast Maratha Empire which went on to rule most parts of India with a frugal force?

In this epic episode Shivaji and his Maratha forces decisively defeated the Adil Shahi governor Afzal Khan. Afzal Khan destroyed famed temples on his way to Poona (Pune) in an attempt to enrage Shivaji and bring him out of the mountains to the plains where Afzal Khan can easily finish the Marathas with his large army which outnumbered the Marathas by 6:1 and with musketeers and horsemen who skilled in fighting enemies in open terrain.

Shivaji knew that Maratha forces strengths are in mountainous region where they had an advantage due to knowledge of the terrain, specialization in guerrilla warfare and ambushing the enemy in quick engagements rather than long drawn battles. Afzal Khan after a long campaign had no other go than to seek a meeting with Shivaji.

Both Shivaji and Afzal Khan were supposed to meet unarmed. Shivaji was well aware of the treacherous past of the Adil Shahi governor who was known for his cunningness. Shivaji meticulously prepared for the meeting and had hidden “wagh-nakh” (iron tiger claws) under the clench of his left hand and a “bichwa” (sharp dagger) under his arm coat. Also, he had his skull protected under his headgear and wore an iron vest under his garment to save him from unexpected attacks.

The meeting started and Afzal Khan greeted Shivaji by embracing him. As expected, he tightened his grip around Shivaji and attacked him with his dagger which got repelled due to the iron vest which Shivaji wore. Post this Shivaji and his troops killed Afzal Khan and his soldiers with their agility and meticulous planning. Shivaji had even worked out ‘Plan B’ in eventuality of him getting killed in this endeavor for which he had complete trust on his troops. Also, a clear plan of action was worked out post routing Afzal Khan which enabled his troops positioned at different vantage points; attack the listless and confused army of Afzal Khan in clear synchrony.

The takeaways for modern day Agile methodology from this epic battle are crisp and practical planning with lean team, identification of ours and the team’s strengths, risk identification and clear mitigation plan. It is extremely essential to be on constant lookout for planned and unplanned risks and impediments. These tenets are recipe for success in any project moreover in dynamic software development projects developed using Agile methodology.

Another key learning from Shivaji and Maratha rule in particular is their frugal way of living and ruling. It is to be noted that there were no opulent monuments constructed during their their rule.  This mindset is helps in optimizing the costs while executing projects. There are very few projects which have the luxury of loose purse strings and managers and executive sponsors are finding it very difficult to meet the soaring expenses of running the project.

During the siege where the commander of Mughal emperor Aurangzeb; Raja Jai Singh sieged the fort of Purandhar. Shivaji knew that fighting Jai Singh was a lost battle as the odds were stacked against him. Shivaji took the pragmatic approach to retain his resources rather than fighting a losing battle to the end and losing everything. He made peace with Jai Singh temporarily at a cost; and re-planned his strategies due to which he regained back most of the forts he had lost to the Mughals.

This lesson is very important for any scrum team to know how important it is to fail-fast and do course-corrections early in the project. Many a times, teams get emotional in scrapping a current work package which may be necessary due to arbitrary changes in requirements, technical non-feasibility, availability of better alternatives etc. This vital behavioral strength differentiates agile process to the rigid development methodologies like waterfall where discrepancies are found very late and by then course corrections becomes impossible.

Aurangzeb had invited Shivaji to his imperial palace court in Agra. Though, Aurangzeb had promised for safe return of Shivaji; Shivaji took this promise with a pinch of salt going by the notorious reputation of the Mughal emperor.

As expected, Shivaji was imprisoned by Aurangzeb in order to break the back of the Marathas and make them leaderless. He had expected Marathas to succumb to the Mughals without their charismatic leader. But, Shivaji had made contingency plans for this eventuality. He had clearly delegated roles and responsibilities to his second-level commanders who exactly knew what to do in the absence of their leader. In few months Aurangzeb realized the futility of imprisoning Shivaji as Marathas went about their business in clockwork fashion even in absence of their leader.

This gives us immense insights into the de-centralized rule which Shivaji encouraged. It is vital for any team to take their own decisions and have their roles and responsibilities clearly outlined. Successful projects always have resources that are self-managed and are not afraid to take tough decisions. It doesn’t mean teams work in silos; but is vital to have focused teams looking at focused problems. Having too many cooks spoiling the broth is not the option. There is no place for decision paralysis in successful scrum teams.

There is no one-size fits all strategy when it comes to execute a project successfully. Also, it is not germane to believe that a project would not have uncertainties. It is very important for scrum teams executing challenging projects to think out of the box and keep learning from their mistakes. It is also extremely important not to plan too far and react to immediate risks and mitigate it appropriately. Shivaji Maharaj was not only a just and able leader but also Agile in his thought process as well as his execution. His life and history are a gold-mine for any scrum teams who can harvest countless learnings from his life and strategies; a very few of which have been covered in this paper. 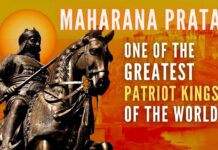 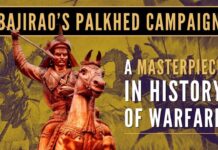