[dropcap color=”#008040″ boxed=”yes” boxed_radius=”8px” class=”” id=””]T[/dropcap]he merger of the Indian telecom arm of Russia’s Sistemam that operates under the MTS brand into Reliance Communications will be a significant step in consolidation and will also prove beneficial for Reliance Jio as it gets ready for 4G services, analysts maintain.
It could also be a pre-cursor for future transactions around spectrum and even sale of business. Usually the common man feels the pinch of higher prices when companies merge.
“We expect Reliance Communications to expand on its existing infrastructure-sharing arrangement with Reliance Jio,” Fitch Ratings said in an analysis, predicting more such consolidations and merger deals in India’s telecom space.
“R-Comm and Jio already have reciprocal infrastructure agreements to share 43,000 towers, 120,000 km of inter-city fibre and 70,000 km intra-city fibre network over the next 17-20 years,” Fitch said in a report released on Tuesday.
[dropcap color=”#008040″ boxed=”yes” boxed_radius=”8px” class=”” id=””]C[/dropcap]iti Research felt the impact of the merger deal will be felt for long. “Sistema is a small player with 1-3 percent revenue share in eight circles. However, it has 3.75 MHz spectrum in 800 MHz band in seven circles and 5MHz band in Rajasthan,” the analysis said and added these will only come up for renewal in 2032, against 2021 for R-Comm’s existing contract.
Morgan Stanley appeared more positive on the impact of R-Comm’s acquisition.

Usually the common man feels the pinch of higher prices when companies merge.

“R-Comm Sistema Shyam together own 44 percent of the precious 850 MHz spectrum in India. The deal values Sistema Shyam at $340mn, equaling its spectrum amount paid and remaining life of its deal with no iabilities,” it said.
Triggering a significant consolidation in India’s telecom space, industrialist Anil Ambani-led R-Comm on November 2 announced a major accord to acquire the Indian business of Russia’s Sistema in a unique stock-cum-spectrum-fee payment deal, by diluting 10-percent equity.
[dropcap color=”#008040″ boxed=”yes” boxed_radius=”8px” class=”” id=””]”K[/dropcap]ey upside risk for the company (R-Comm) will depend on its ability to de-leverage the balance sheet by unlocking value in towers, real estate submarine cable business and monetisation of spectrum in 800 MHz band, leveraging the spectrum trading rules,” said HSBC Global research.
“In our view, for the merger to be value accretive, much will depend on the regulatory approvals and potential regulatory pay-outs.”
Nomura had a similar take. “For R-Comm, we do not think these changes the dynamics much in the near term. It does get more 800-850 MHz spectrum in 9 circles and this is good spectrum, but the challenges have been more around operating trends, de-leveraging, and inability to monetize its assets.”
Looking at the larger picture, Nomura said: “MTS (Sistema Shyam) has spent around $3-billion-plus and deals like these could be regarded as an honourable exit rather than a complete shut-down, and we wouldn’t be surprised if the others follow too.”
[dropcap color=”#008040″ boxed=”yes” boxed_radius=”8px” class=”” id=””]A[/dropcap]s regards the R-Comm’s acquisition, it could have an impact on the smaller telcom companies that were losing voice-market share to larger operators, even as competition in the data segment will intensify on Jio’s entry.
“Smaller telcom companies, potentially including Tata Telecom, Videocon Telecom and Aircel, are likely to feel the impact first, and may look to exit as they make losses and lack key spectrum assets or the deep pockets needed to invest in networks,” it said.
“The regulator’s decision to allow spectrum sharing and trading, and to relax the spectrum caps, could allow these smaller telcos to monetise their underused spectrum.” 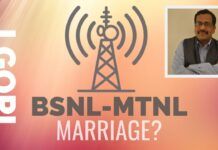