[dropcap color=”#008040″ boxed=”yes” boxed_radius=”8px” class=”” id=””]T[/dropcap]he Indian-American diaspora among the top ten percent earners in the US has the capacity to give to India at levels that could dwarf official US development aid there, according to a new report.
Indian-Americans are expanding their philanthropy from giving to family and community to giving to broader-based social causes aimed at addressing India’s most challenging problems, noted the report released Monday by the Bridgespan Group.
Approximately 3.5 million Indian-Americans and their children are living in the US States. The India-born population is a rapidly evolving and fast-growing diaspora group, noted the Group, an advisor for not-for-profit organizations and philanthropists.
“The Indian diaspora in the United States is positioned to help now more than ever before,” said Rohit Menezes, a Bridgespan partner who leads the organization’s India office.
“Indian immigrants have fared well and amassed significant wealth. It is our aim to encourage donors to give more to India and to do so more effectively,” he said.
[dropcap color=”#008040″ boxed=”yes” boxed_radius=”8px” class=”” id=””]T[/dropcap]he report notes that Indian-headed households have a median annual income of $89,000 (compared to a US median of $50,000), and 27 percent of Indian households earn more than $140,000, putting them in the top 10 percent of earners nationally.
The combined annual discretionary income of Americans of Indian origin is approximately $67.4 billion.
“If their philanthropic contributions were consistent with those of other US households in similar income brackets, and they directed 40 percent of their philanthropy to India, $1.2 billion per year would flow from Indian diaspora donors to Indian causes, as compared to current US foreign aid to India ($116.4 million in FY 2014),” the report noted.
And it represents over half the entire amount of annual official development aid received by India from all countries-$2.2 billion, on average, from 2005 through 2013.
The report also points to significant nonfinancial assets the diaspora community has to offer.

Indian-Americans are expanding their philanthropy from giving to family and community to giving to broader-based social causes aimed at addressing India’s most challenging problems, noted the report released Monday by the Bridgespan Group.

“Indian-Americans are highly educated and well represented in science, technology, engineering and math (STEM) professions, in technology and entrepreneurship, and increasingly occupy roles of political and social influence in the US,” said Menezes.
“This achievement, combined with familiarity with Indian culture and communities, positions Indian-Americans well to increase involvement in building the capacity and professionalism of India’s civil society organizations and the philanthropic entities that support them.”
The Bridgespan Group along with Stanford Social Innovation Review and Dasra have also launched “Impact India “- a joint publication on strategic philanthropy in India.
It represents trends in giving by Indian-Americans back to India, and the impact of these funding flows. The giving could also be in non-monetary terms. 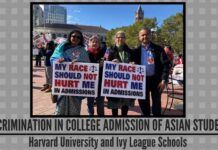 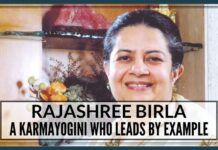