Auto components and electronics have huge untapped potential in the micro, small and medium enterprises (MSMEs) in India, according to a new report.

[dropcap color=”#008040″ boxed=”yes” boxed_radius=”8px” class=”” id=””]T[/dropcap]he MSME Report 2015, brought out by the Kochi based, Institute of Small Enterprise and Development (ISED) headed by P.M.Mathew, will be launched by Reserve Bank of India Deputy Governor S.S. Mundra at Mumbai’s World Trade Centre on Thursday.

The report said that India is an emerging global hub for sourcing auto components besides being geographically close to the key automotive markets like the ASEAN, Japan, Korea and Europe. The country also has significant cost competitiveness, especially in relation to critical raw materials like steel.

The Automotive Component Manufacturers Association (ACMA), estimates that component export figures would reach $9.4 billion in 2015, an indicative of the strength of this sub sector.

However, contribution of the MSMEs is not entirely visible. Scaling up is a possible solution which will help to strengthen productivity levels and quality standards.

The country has an ambitious goal called “Target 2020”, of meeting the 2020 demand of $400 billion but it requires coordinated action on many fronts, the report said.

“While the ‘Make in India’ agenda has rightly identified automobiles as a focal sector, there is much need for fully tapping the potential of auto components, especially in the MSME sector. It is important that rather than having a segmented approach in government, auto components need to be viewed in a subsector context,” said Mathew.

With regards to scope in the field of electronics, the report said while the demand for electronic products in India is expected to reach $400 billion by 2020, its manufacturing base within the country has been negligible.

[dropcap color=”#008040″ boxed=”yes” boxed_radius=”8px” class=”” id=””]T[/dropcap]”he government, under its ‘Digital India’ programme, has set an ambitious goal of net zero imports in electronics. To realise this goal, the effort is to make India a globally attractive destination for electronics manufacturing, where electronics is manufactured not only to meet the fast growing domestic demand, but also to export to other countries,” Mathew said.

“The electronics sector has the potential to attract investment of $100 billion and provide employment to 28 million people.”

There should be a focus on new MSME start ups and subsectoral approach ,rather than a narrow MSME approach and such a paradigm shift is important in the context of the ‘Make in India’ agenda, he added. 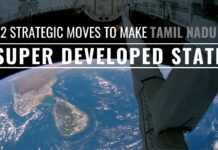 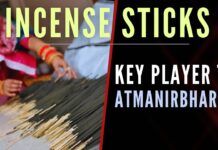 The journey of Jammu and Kashmir: From terror state to tourism...