More than 24 hours after Hizbul Mujahideen militants ‘mercilessly‘ killed a class 11 student, Nadeem Manzoor in Shopian by spraying at least 20 bullets on him, another youth was abducted and later ‘slaughtered‘ in Shopian.

The local HM cadre picked Nadeem as they suspected he had spied on the movement of militants in the area which led to their killing recently.

Police said, the throat-slit body of 19-year-old Huzaif Ashraf, a resident of Manzgam area of the neighbouring Kulgam district, was found from an orchard area in Hermain village of the south Kashmir district on Saturday.

These two incidents may have left everyone in a state of shock but on ground zero life goes on smoothly in Kashmir valley.

No bandh call was given by the hardline separatist camp to protest against the barbaric killing of a youngster.

No protest demonstrations or sit in dharnas were organised by the political activists and workers of mainstream political parties in Kashmir valley to vent their ire against the dastardly act.

However, one of the twitter savvy ‘neta’ who spends quality time on his twitter timeline has written a four-line tweet condemning the cold blood murder of a youngster.

Beyond this, eerie silence prevails in Kashmir valley.

On the other hand Peoples Conference Chief Sajjad Lone reacted strongly to these ‘barbaric killings on twitter. He tweeted, “Killings recorded on camera. One teenager shot and one knifed. This is a horrific phase and while the society is in a slumber, there are white collar killers roaming freely ready to justify murder. Bestial savagery nothing else”.

The civil society is in mourning and must be busy doing soul searching to gauge the scale of deterioration.

Why was Nadeem and Hufaiz targeted?

According to ground reports Hizbul Mujahideen militants killed Nadeem Manzoor, a resident of Safanagri in Shopian, to avenge the killing of their cadre at the hands of security forces.

The local HM cadre picked Nadeem as they suspected he had spied on the movement of militants in the area which led to their killing recently.

To scare away local masses operations commander of Hizbul Mujahideen went ahead and released the bone-chilling videos of both these killings.

Hizbul commander asked the parents to keep track of their wards because they do not want to kill anyone.

Hizbul Mujahideen commander who claimed responsibility of the killing of Nadeem also claimed he was killed because he was acting as a spy of Indian security forces and was instrumental in the killing of two militants in the area recently.

“After proper investigation, our do-or-die squad caught hold of the informer who helped forces to carry out the encounter in which our two associates were killed. This informer met his fate yesterday. During the investigation, he confessed that he tipped off the forces after he was promised money. But that promise was not kept,” Hizbul Mujahideen Operations Commander Riyaz Naikoo said.

Hizbul commander asked the parents to keep track of their wards because they do not want to kill anyone. “The informer (Nadeem) met his fate but he inflicted a loss to us too. Therefore we appeal to parents to make their wards understand not to fall prey to monetary allurements for passing information. Whether Informer is big or small, he shall have to meet his fate”, he said.

The Cold-blooded murder of a student is deeply disturbing: Omar Abdullah

The cold-blooded murder of an 11th standard student by the Hizbul Mujahideen terror outfit is deeply disturbing. There can be no justification for this act & should force those who sympathise with these outfits to question how these murders make Kashmir a better, freer place.

Former DGP SP VAID said, My Kashmiri brothers and sisters, please beware that terror instigated from Pakistan is out to destroy our Kashmir. Terrorists are killing innocent young Kashmiri boys on mere suspicion. It is high time we all openly speak against this dastardly act. 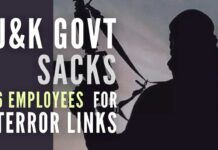 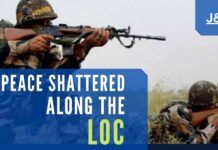