The order was extended by a division bench of Justices S V Gangapurwala and S G Dige after the Income Tax department sought more time to file its affidavit in response to Ambani’s petition challenging the notice. When the petition came up for hearing for the first time on September 26, the HC had granted time till November 17 to the tax department to file its affidavit and had asked it to not take any coercive action against Ambani till then. On Thursday, the department sought further time, following which the bench adjourned the matter till December 19. The court also said its earlier order (of no coercive action) would continue till then.

According to the I-T department’s notice, Anil Ambani was an “economic contributor as well as beneficial owner” of a Bahamas-based entity called ‘Diamond Trust‘ and another company called ‘Northern Atlantic Trading Unlimited‘ (NATU) which was incorporated in the British Virgin Islands (BVI). The department alleged Ambani “failed to disclose” these foreign assets in his income tax return (ITR) filings and, hence, contravened provisions of the Black Money Act of 2015.

As per the department’s notice, Ambani was liable to be prosecuted under Sections 50 and 51 of the Black Money (undisclosed foreign income and assets) Imposition of Tax Act of 2015, which stipulates a maximum punishment of 10 years imprisonment with a fine. The department has charged Ambani (63) with “wilful” evasion, saying he “intentionally” did not disclose his foreign bank account details and financial interests to Indian tax authorities. 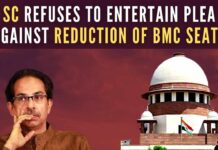 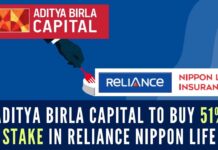