How and when will the war end?

Russia – Ukraine war has entered the 8th week, and yet the world is watching by helplessly. Every active actor in this imbroglio is riding a tiger and doesn’t know how to get off.

The real enemy of the US has long been China, but it‘s unable to take China head-on because of the possible economic and political consequences. However, the US wanted to demonstrate to the world and its own people that the US is still the No 1 power in the world, without fighting China, and was needling Russia needlessly for many years, hoping to win a mind game. It chose Ukraine as the scapegoat.

And Ukraine, esp Zelenskyy, played into the hands of the US. If it had chosen the option of being a friendly buffer state between NATO and Russia, it could have bargained a good deal from both sides, and been flourishing. Zelenskyy trusted NATO (mainly the US and Europe) and they have let him down badly.

Russia, unfanged by the breakup of the USSR, has been feeling insecure. Frustrated by the actions of NATO to expand closer to Russia, Russia invaded and annexed Crimea. It expected a somewhat similar cakewalk when it invaded Ukraine (when Ukraine was playing hardball), but it was not to be. This only infuriated Putin, who is forced to win the war by hook or crook, after having started it. The world is reckoning the possibility of Russia using its nuclear option, as Putin is a dictator, answerable to none in his country. If Russia does use the nuclear option, the consequences will be extremely unpredictable; even the best-case scenario is unthinkable.

The US, after all its tough sanctions, with nothing much to show by way of result, can’t be seen to be backing out.

Russia, having started the war, can’t back out without showing the success of some kind.

Ukraine, having held out so far, notwithstanding the huge loss of its defence and civilian lives, defence, and civil infrastructure, space, esp control of seaport, etc, can’t be seen to succumb to Russian bullying.

If none of the active players involved can be seen to yield ground to its adversary, how and when will the war end?

Though a few other countries like the UK are hawkish, and the European countries are major players too, their views may not count for much if the 3 main players, the US, Ukraine, and Russia agree to end the war somehow.

The challenge is, who can mediate with them, and what will be the contours of a solution acceptable to them all?

It is difficult for any outsider to come up with such a solution as the situation is extremely complex. If we use Game Theory to draw up a model, we will realize how complex it is. It’s most unlikely that a solution acceptable to all the 3 sides exists, though such a solution may have been more easily possible just before the war started or even just after it started. I had discussed one such solution which was on the table for years, on February 27[1].

Since the war damages the interests of the entire world very adversely, the rest of the nations should not keep quiet. Sure enough, some efforts are already on, officially and unofficially, but it’s obvious that these are not yielding any tangible results.

Of course, no solution can be imposed by the rest of the world on any of these 3 players. But they can play a more proactive role than they are doing now to end the war without any more delay.

A few neutral countries, mainly India, should take the initiative and impress upon all the players how they are moving towards the brink, and how any solution of ending the war without any more delay may not be possible without all the sides making some sacrifices from their stated positions.

No single country may be able to do this because such a frank discussion could displease all the 3 sides, and this could damage the interest of such a country diplomatically.

In fact, it may be a good idea for these countries to involve professionals of some kind, like Professional Negotiators, Mediators, Judges, Lawyers, Economists, Creative Thinkers, Consultants, etc to do the mediation, to avoid giving the impression of any country being seen as taking any side.

Let’s help the active players get off the tigers they are riding, with some safety net for them all, helping them save their faces. The war is too serious a matter to be left to only the US, Russia, and Ukraine to resolve among themselves.

The purpose of this article is to express the anguish of the common people across the world, and to call upon the international community, esp those in positions of power, to act and act without any further delay, and not just be bystanders. 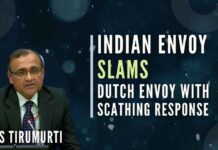