As per sources, a team of the Central Bureau of Investigation (CBI) is conducting a raid at the Jodhpur residence of Rajasthan Chief Minister Ashok Gehlot‘s brother Agrasen Gehlot, in a corruption case. The CBI searches are going on at other locations as well.

The raids come after the central agency registered a new case of corruption against Rajasthan Chief Minister and Congress leader Gehlot’s brother.

Agrasen Gehlot is already under the ED scanner for wrongdoing in a fertilizer export case when the UPA government was in power.

The central agency has alleged that in 2007 and 2009, large quantities of fertilizer were illegally exported. The ED has also launched a probe against Agrasen Gehlot, his firm Anupam Krishi and several others under the Prevention of Money Laundering Act.

Earlier, Agrasen Gehlot was also accused of exporting a large amount of Muriate of Potash (MoP) to foreign countries that were meant for Indian farmers at a subsidized rate between the years 2007 and 2009 when the UPA government was in power.

The ED had said in 2020 after conducting searches, “MoP was meant for poor farmers of the country. Agrasen Gehlot, through his company Anupam Krishi, bought the MoP at a subsidized rate and later sold it at a high rate to countries like Malaysia and Vietnam.” 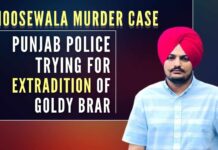