Two news items on Indian Economy in the recent past deserve closer scrutiny since it provides good insights into a thriving business in India.

In the recent past two news items caught the attention of many. These news items deserve closer scrutiny as it provides good insights into a thriving business in India. It is indeed representative of a deep and well-entrenched industry that has prospered by profligate peddling of false narratives in India.

The first was observations made by none other than the former Union Finance Minister P.Chidambaram. He led the economic fortunes of the country during his days in the Union Cabinet and arguably presided over an economy that tanked the fastest despite strong fundamentals. That he is in the news for investigations by concerned agencies and related court cases for alleged corruption is beyond the scope of this piece.

India has seen too many of these armchair pundits and ministers of bygone eras attempting to water down the unprecedented growth we are witnessing.

The erudite former Minister – Harvard alumni – has opined that the country’s current economic conditions were akin to a vehicle with three punctured tires. He went on to paint a very dismal picture where almost everything about the economy was wrong. If one were to believe him, it would appear that most Indians are rotting in poverty and even unable to sell pakodas to make a living. As a politician in the opposition camp, this was not unexpected.

As expected, this statement was lapped up by the media and reported 24/7. Many pseudo-experts and self-acclaimed economists joined the fray, pontificating on why all these imaginary ills can be attributed to none other than Prime Minister Modi himself. Mercifully, the false narratives did not carry on for more than a few days of print and airtime.

The second item was a glibly written piece that subtly casts doubt on the sustainability of the high growth rate that India is currently witnessing. It again questions PM Modi’s statements where he called for a double-digit growth rate in GDP. Eminent economist Dr. Subramanian Swamy has also talked about India’s inherent capacity to grow at double digits. With a touch of finesse, the article cites other pundits who are not sanguine about double-digit growth for India. It is certainly reminiscent of the days when socialists lectured us on why India can only grow at a “Hindu rate” of growth of 3.5% or less. The article pompously advises that it would do India better to aim for growth rates of less than 8%.

India has seen too many of these armchair pundits and ministers of bygone eras attempting to water down the unprecedented growth we are witnessing. The fact is that this is not well-intentioned advice or political strategy, but churlish rant emanating from those quarters where the sun has begun to set. It is indeed incumbent on Mr. Chidambaram, in particular, to tell the nation the initiatives that he had undertaken to stimulate the economy that provided better results if any. That would garner better Television Rating Points (TRP) than the story of a vehicle with three flat tires. 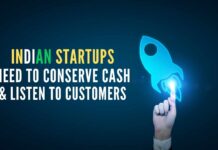 Why US and India need each other