[dropcap color=”#008040″ boxed=”yes” boxed_radius=”8px” class=”” id=””]C[/dropcap]hinese technology giant Letv has launched a whopping 120-inch TV, the world’s largest, and its next generation Le 1S super phone. Leshi Internet Information and Technology (Letv), a pioneer in China’s internet content generation and technology, aims at entering the overseas markets like India and the US with these products later this year, but would localise the content, the company said at the launch here on Tuesday.

“The movie industry in the world is growing rapidly. In this internet age, we want to create a new way of watching movies. This is the reason for us to introduce this uMaz 120,” Letv founder and CEO Jia Yueting said at the launch at the Wukesong Stadium here.

The TV, as manufactured by Foxconn, a Taiwan-based technology group, would come with features like a built-in 3 GB RAM, 32 GB new standard high-speed flash memory and a 1.4 GHz quad core.

“The unique aspect of this TV would be that the audience can watch it with a multi-angle approach, view anything on TV from any angle the user pleases to,” Jia said.

Priced at 499,900 RMB (nearly Rs.50 lakh), the TV would be available through exclusive membership as the company aims to cater to high-end consumers.

[dropcap color=”#008040″ boxed=”yes” boxed_radius=”8px” class=”” id=””]L[/dropcap]etv, which works on integrating ecosystems like content, sports, tv, phone, cars, internet and finance, said its US based competitor Apple has a “very closed” ecosystem and “needs to disrupt itself in order to improve”. For the products the company aims to launch abroad, ecosystems based on the local culture would be produced and the company was open to partnerships with content generators for its mission abroad, it said.

The Le 1S phone, also has some of the most advanced technologies put together. It would have 3 GB RAM with 32 GB ROM and a 13 MP isocell sensor camera. With a sturdy aluminium body, it weighs a mere 169 gms, which is lighter than an iPhone 6S.

Priced at 1,099 RMB (around Rs.11,000), this product is arguably the cheapest in the current market with the kind of specifications it comes with, and aims at sales of three million by the year-end. Its competitors like the MX 5 are priced at 1,799 RMB.

The phone, which the company claims a “breakthrough” in the market, features a bazel-less design and an all-metal body and runs on a Helio X10 Turbo octal-core processor. It camera has a capture rate of 0.09-second rate.

The company also launched its new ‘eui 5.5’ interface that aims to break boundaries between messages, gallery, calendar, and introduced its ‘Live Desktop’ platform- which allows users to create their own desktop content, and ‘Headlines’ platform, which allows users to follow all the news of any particular journalist.

Through these features, the users can have their individualised demands met, Jia said, adding that the phone would be available in China from November 3, through LeMall.com and JD.com. India has democratized technology, using it as a weapon in war against poverty: PM Modi at Bengaluru tech summit 2022 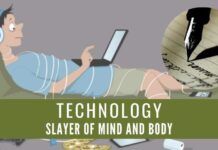