According to the reports by the US-based cyber security company Recorded Future Inc the suspected state-sponsored Chinese hackers targeted the power sector in India in recent months as part of an apparent cyber-espionage campaign for apparently collecting intelligence information.

The report said that the hackers focused on seven load dispatch centres in northern India that are responsible for carrying out real-time operations for grid control and electricity dispersal in areas located near the India-China border in Ladakh.

Earlier in February 2021, a China-linked threat activity group, RedEcho, targeted one of the load dispatch centres.

According to the report, released on Wednesday, the hackers have focused on Indian electricity dispatch centres near Ladakh, which could be a flashpoint following a military standoff between the two countries in the region.

“We believe this is instead likely intended to enable information-gathering surrounding critical infrastructure and/ or pre-positioning for future activity,” it said. 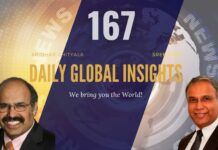 India closer to having its own Global Positioning System!