[dropcap color=”#008040″ boxed=”yes” boxed_radius=”8px” class=”” id=””]T[/dropcap]hough it takes hardly 15 minutes to reach Raj Bhavan in Chennai from Veda Nilayam in Poes Garden, V K Sasikala, who was elected as the leader of the AIADMK legislature party leader on Sunday, is finding that the distance has increased ten-fold since her election. The Governor, to whom she should hand over the letter electing her as the legislature party leader so that she could stake her claim to the post of chief minister, is absent from Chennai. Though it was announced (though unofficially) that the coronation of Sasikala would take place either on February 7 or 9, there is no possibility of Sasikala becoming the chief minister at least for the next one week.

If the verdict restores the conviction ordered by the special court, Sasikala has to fly down to Bangalore and surrender before the judge from where she and two others would be taken to the Parappana Agrahara Central Prison.

Even sources in Raj Bhavan feigned ignorance when asked when Governor C Vidyasagar Rao would come to Chennai. Rao, the governor of Maharashtra is holding additional charge of Tamil Nadu following the retirement of K Rosaiah. Tamil Nadu is yet to get a full time governor though many BJP politicians have been lobbying for the post. Rao is neither in Mumbai nor in Hyderabad. Nobody can summon him too. Sasikala and company (Mannargudi family) had antagonised Rao whenever the latter visited Apollo Hospital to call on former Chief Minister J Jayalalithaa who was battling for her life.

Political observers are of the view that the Centre might have asked the Governor to stay put wherever he is and not to visit Chennai. This can delay Sasikala’s smooth ride to Fort Saint George, Tamil Nadu’s seat of power. Perhaps, Panneerselvam was aware of this strategy when he tendered his letter of resignation without batting an eyelid when asked to do so by the members of the Mannargudi clan.

By evening the Supreme Court announced that next week it would pronounce the verdict on the petition filed by Karnataka Government challenging the Karnataka High Court order which set aside the conviction of Jayalalithaa, Sasikala, J Elavarasi and Sudhakaran, all accused in the Disproportionate Assets case filed against them by senior BJP leader Dr Subramanian Swamy. If the verdict restores the conviction ordered by the special court, Sasikala has to fly down to Bangalore and surrender before the judge from where she and two others would be taken to the Parappana Agrahara Central Prison. The AIADMK legislature party meet may have to be convened again to re-elect Panneerselvam as chief minister in the eventuality of such a scenario.

[dropcap color=”#008040″ boxed=”yes” boxed_radius=”8px” class=”” id=””]W[/dropcap]hat surprised Tamil Nadu on Monday was an unexpected press meet convened by Apollo Hospital to announce the hospital management’s stance on the suspense and mystery associated with Jayalalithaa’s death on December 5, 2016. Dr Richard Beale, the specialist from Britain who was flown in to attend to the ailing chief minister, Dr Babu Abraham, critical care consultant, Apollo Hospitals and two more doctors addressed the reporters in an attempt by the hospital authorities to quell the rumours, suspense and speculations about Jayalalithaa’s death.

Dr Beale said Jayalalithaa was admitted to the hospital on September 20 2016 with sepsis.

The doctors said Jayalalithaa succumbed to the massive cardiac arrest which she suffered on December 4 in spite of the efforts by the doctors to revive her heart. Dr Beale categorically denied reports and rumours about amputation and transplantation. The social media was full of news about the amputation of Jayalalithaa’s legs. “There was no amputation or transplantation,” said Dr Beale.

Dr Beale said Jayalalithaa was admitted to the hospital on September 20 2016 with sepsis. “She had co-morbidities and uncontrolled diabetes. Sepsis is a life-threatening condition that arises when the body’s response to infection injures its own tissues and organs,” said the doctor.

Dr Abraham said Jayalalithaa was diagnosed with “respiratory failure due to infection” when she was brought to the hospital on September 22 at 10:30PM. “We gave critical and supportive care to the chief minister immediately after her admission to the hospital,” said Dr Abraham.

[dropcap color=”#008040″ boxed=”yes” boxed_radius=”8px” class=”” id=””]B[/dropcap]ut the medical bulletin/ press release issued by the hospital’s chief operating officer on September 23 had stated that Jayalalithaa was admitted to the hospital following fever and dehydration. It had further stated that her condition was stable and she was on normal diet.

Team PGurus in its analytical report had quoted officials from Doordarshan who had watched the chief minister from close quarters as he was struggling to walk as well as breathe.

If what Dr Abraham and Dr Beale revealed on Monday are true, then it becomes clear that Apollo Hospital management had lied to the general public about the health of the late Chief Minister.

Yet another observation made by Dr Beale needs serious analysis. He said Jayalalithaa could have been brought to the hospital much earlier. This substantiates the report by Team PGurus that Jayalalithaa was “very sick” on August 15, 2016 when she attended the Independence Day celebrations at Fort Saint George. Team PGurus in its analytical report had quoted officials from Doordarshan who had watched the chief minister from close quarters as he was struggling to walk as well as breathe. The people who were supposed to take care of Jayalalithaa did not ask for medical assistance or guide till September 22, when she fell unconscious and started suffering from breathlessness.

If a thorough probe is not ordered into the reasons/ factors which led to Jayalalithaa falling ill, the death of the Iron Lady of Tamil Nadu would remain an unresolved murder like the assassination of former Prime Minister Rajiv Gandhi.

Follow me
Latest posts by Aashish Shetty & Others (see all) 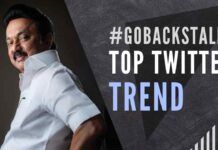