Post Corona new challenges will emerge in the way of working of the organisation. They would no longer be able to work the way they hitherto had operated. Further, the tendency of an organisation to look for new ways of reducing cost got this new fillip by the experiments with “ Work from Home” during the lockdown period. With the technological support, many organisations would have also enjoyed the benefitted of shifting the burden of utility charges in the hand of employees which indeed is a latent spinoff from the work from home experience. Indeed many organisations, therefore, might by recalibrating their strategies including more work from home, which would result in even recalibrated human resource engagement strategy of hiring for work and work only and paying for deliveries.

This has to be seen in the context of the fact that in future working at site or office is also expected to be cost-intensive for the organisation on account of much mandatory public health, industrial hygiene and other such health-related mandates which may be stipulated as a result of the COVID-19. This will be personnel specific to be provided by the employer as well as the location-specific cost of which again will be borne by the employer. This double whammy will be further aggravated by higher social costs per unit in respect of insurance and health covers which may be provided by the employers. Along with this is the add on which the organisations in vulnerable sectors may be exposed to.

This is sought to be achieved in investing in social overheads like in ‘Swach Bharat Abhiyaan’ initiative of the Government, school buildings, scholarships for underprivileged classes, Beti Bachao campaign etc.

Cost consciousness in the Indian industry was first realised in the year 1970 as corroborated by the establishment of in 1970. Prior to that the issues of pricing if at all it arose would be through an administered price (price cap) mechanism on the advice of Economic Adviser of the Ministry of Industry. I have been associated with this organisation for a brief period in the 1990s and have also studied the organisation as academic work. Over the period of about 28 years of its existence, the mandate got widened to study distribution price of FCI, Coal pricing, apex advisory agency for advising on Drug prices control order then in force, power pricing of Maharasthra State Electricity Board when the generation and distribution of power in states was with one entity. This led them to overarch themselves and rightly so into resource efficiency studies like energy efficiency, water efficiency etc in the 1990s. There was a good level of human resource which had the orientation into resource efficiency.

Concurrently there were other Government institutions like the National Productivity Council, but with little synergy with this Bureau Of Industrial Costs and Prices (BICP) and also which were no match for the wide-ranging professional capacity of the BICP. But all this became extinct in 1998 when it was sought to turn into a Tariff Commission the mandate of which was never defined and the organisation died a near-death. Incidentally, the present Director General of National Productivity Council had cut his teeth in the BICP. Indeed few others too due to the exposure in the BICP stable had illustrious careers like Ms Urvashi Sadhwani, an unsung cost economist with infinite innovation, or Dr Thakur who is a renowned energy expert. The BICP recommendations also caused provisions to be added in 1988 and other amendments in the period to mandate companies to maintain cost accounts (Section 233 A) and attended Cost Accounts Rules, and also bringing cost accounts under the ambit of the audit.

But do these legislative provisions always ensure effective compliances? Let me put in perspective. On travelling to Bombay (it was Bombay then) I had to use some leverage to get the air ticket confirmed. Firstly, since it was a court case I was authorised to travel by air during those days very Senior Directors could only travel by air. Also, some Ministry’s leverage was used to get the ticket Okayed as those days Indian Airlines tickets were also hard to get, I got classified as a special guest and was upgraded to executive class. Next to me was a white-haired gentleman who struck a conversation with me. Later I came to know that he Dr K.L Puri a former Energy Advisor to Prime Minister. While the versatile wise man was narrating many experiences, one that became indelible was “based upon my advise many units have reduced their energy bill but when I cross-checked with their actual consumption, there was no change in their consumption level. When I asked them, they said that we have reduced the cost of our energy bills by paying Electricity Board personnel who ensure that part of the consumption is not metered.”

I am sure many of us could relate to this syndrome in the 1980s and 1990s. I am sure this specious position would also be translated into their Cost Accounts Book undermining the efficacy of the above sections of the Companies Act.

The Government should consider covering resource efficiency of resources critical to the nation given that the nation is also considering the opening up of Space, Defence production to corporate sectors, and also an investment on disaster mitigation and technologies for disaster mitigation under the ambit of Corporate Social Responsibility.

The expenditure on Corporate Social Responsibility is not without strings attached

Now the Companies Act lays down the concept of Corporate Social Responsibilities on the companies incorporated under the act. A certain percentage of profits have to be expended mandatorily on social responsibilities. This is sought to be achieved in investing in social overheads like in ‘Swach Bharat Abhiyaan‘ initiative of the Government, school buildings, scholarships for underprivileged classes, Beti Bachao campaign etc. Recently the Government had also issued orders to aggregate the unspent amount of the CSRs to supplement budgetary support to many of these programmes. Notwithstanding such noble intentions, there are many instances where such investments at times happen with strings attached to enable spinoffs to the investing entity, or investing through NGOs which are an extension of the corporate self, or in which a Director’s wife is the promoter etc. Besides, in many Public Sector Units, such investments do happen in the Minister in charge’s constituencies to further his image. Hence, in essence, the expenditure on Corporate Social Responsibility is not without strings attached.

Hence, in the post-COVID-19, this instrumentality Corporate Social Responsibility should be enlarged. Firstly, the CSR funds should also be permitted to be used for cost intensity arising out of post-COVID-19 additional expenditures on industrial hygiene elements within the organisations like an investment on sanitation elements beyond what is laid down in Factory’s Act or other labour legislations social welfare and health welfare with a focus of preventive health for the blue-collar worker as well knowledge worker should also be permitted. Skill up-gradation to prevent skill obsoleteness etc. up-gradation of systems relating to industrial ecology and organisational ecology, which would indeed have a spinoff for the organisation should be allowed. This would ensure that not just the organisation benefits but the entire ecosystem benefits. The Government should consider covering resource efficiency of resources critical to the nation given that the nation is also considering the opening up of Space, Defence production to corporate sectors, and also an investment on disaster mitigation and technologies for disaster mitigation under the ambit of Corporate Social Responsibility.

In this context, after the Odissa Cyclone of 1999, Bhuj earthquake of 2001 etc NBCC, HUDCO which were mandated with the rebuilding of these places had developed cyclone-resistant and earthquake-resistant buildings. We do not know if they were incentivised. In this connection, an NDMA Charter should be formalised on the disaster mitigation technologies on which CSR could be extended. This is extremely relevant today, besides COVID-19, we also have had recently a spate of cyclones whether Amphian in Bengal or Nisarga in West Coast. There has been recently a spate of earthquakes. Even efforts to mitigate the pandemic like Corona or investments to limit damage due to this should also be brought under its ambit. It is imperative to ensure the meaning of utilisation of such disaster mitigation technologies under the Corporate Social Responsibility. 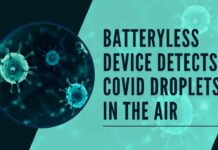 What is holding back PDP leader Mehbooba Mufti from taking oath...