Police are afraid of a minority

Please recall my video on the PGurus channel capturing why the Police in general in India are afraid of the violent rampaging and rioting mob especially from a particular minority[1]. In recent times it had happened in Shaheen Bagh, Jafrabad, and later in the Tablighi Jamaat and the procedures involved in the aftermath of Tablighi Jamaat. Ironically the same ethnicity would ordinarily be very compliant in the Islamic nations about following or adhering to state prescribed procedures and processes; they are reluctant even if the same regulatory process is sought to impose on them in India. This is borne by the fact that in an Islamic state of Brunei Darussalam or Malaysia or Saudi Arabia one hardly finds any illegal Mosques or Masjids and generally these places are well in compliance with land use norms, town planning norms, other regulatory building codes, etc.

In India, right outside the gate of Parliament of India, the Headquarters of Indian Airforce, the Janpath, Irwin Road which are strategic locations and locations falling in Central Business District of Delhi, you have these masjids coming up. Not just that they encroach on the passage of a proper public road and hence cause an impediment to free flow of traffic. The Air Force seems to have a special connection with Masjids – even just outside the Western Air Command Headquarters, there is one. The upper ridge road on which any type of construction is banned by the Supreme Court has off late seen the erection of two masjids one adjacent to Delhi Earth Station and just outside the exit of Delhi Metro Station Entry at Dhaula Kuan. These are verifiable structures. We also have Masjids in Platform No 2 of New Delhi Railway Station, Kanpur Station and so and so forth.

The bigger question here is that there is corruption which is underneath all these illegal structures cropping up. Many who have seen my video on police being afraid of certain minority communities is borne by the fact that these illegal squatting did not come up overnight. It was happening in plain sight – the land-owning authorities including Railways, Airports Authority, Postal Dept., the local police, the security agencies, etc. But obviously, for some consideration they look the other way while these structures grow. Having said that the police-and-civic-agencies-corruption is something that we all have learned to live with. Let me share an important aspect that some old-timers from Mumbai can confirm.  This relates to the incident of Nov 26, 2008 (26/11). I would appeal to long time residents of Mumbai au fait (conversant) with the neighborhood of Hotel Taj, Apollo Bunder, that before 26/11 occurred there existed a nondescript Irani Tea vendor squatting just in the vicinity of Taj Mahal hotel. The same seems to have disappeared after the date of carnage. If any of my readers can confirm this I would be extremely grateful. Due to the fact that this was an illegal encroachment, there are no records available and the civic agencies and Mumbai police have a ruse not to confirm this.

But the lessons we should have learned and the threats these illegal squatting could pose have not been appreciated. Further, the politicians are now seeking to appease and rise to protect these illegal squatters. In most of the urban areas in the country, these squatters are swarming the cities that the taxpaying localities are shrinking. This is the direct result of the 74th Amendment to the Constitution of India. Indeed I am one for total decentralization of administrative setup in the country. But as the saying goes power corrupts and absolute power corrupts absolutely. We have conferred too much power to these municipalities to the extent that land use, the urban planning, etc have been conferred with the Municipalities under the Twelfth Schedule (Article 243(w)) of the Constitution to utilities and administrative sets up which do not have a national vision. This has only led to corruption at the strategy, tactical and operational levels in each of these municipal jurisdictions. This further accentuated by largely unprofessional patronage given by police forces that it has become a major threat to the unity and integrity of the country.

Take for instance the recent Tablighi Jamaat Headquarters building. The fact is that a nine-story building could not have come up without coming into notice and radar of the local urban civic agencies. We do not know whether this structure had requisite approvals or it was just a case the Tablighi builders had deliberately blindfolded the civic authorities by paying the illegal fees. With this perspective, with the police also looking the other way, we had a disaster waiting to happen. But for such building to come up legally beside the civic agency and urban land-owning agency, there are other clearances also involved like fire clearance.

Further another important factor is the rapid urbanization has also resulted in a potentially explosive situation. Many rural areas due to the extension of boundaries of cities are getting enveloped by the cities. It can be seen and sensed all around by the city dwellers. Some of the inhabitants and as well as original land parcels are even exempted from the Urban Land Ceiling Act (ULCA) as well as the urban regulations. Further, these rural clusters which stand urbanized still maintain some level of umbilical traditions in terms of ethnicity of their ownership empowering collective political bargaining in policy matters.

Hence the policymakers, urban administrators and their polity have resorted to ingenious ways to address this trend of unregulated growth within our cities. In Delhi, they have introduced a concept of red line (Lal Dora) under which these colonies fall and they are exempt from any urban regulation whether land use, of the height of buildings, of fire service clearances or even tree cutting issues if any. Hence smelling this opportunity many of the owners of these buildings have constructed pigeon-hole flats which they rent out without any proper lease or even identification of the leasees and tenants.  They have the backing of their ethnic solidarity in case any tenants mess up.

My concern in this situation is that this has acted as an excellent cover for sleeper cells to operate including the terrorists, drug peddling sleeper cells, jihadi groups, etc. Further cash payments of rents etc. also suit them in maintaining their anonymity without leaving any trail of bank accounts. This apart, the number of encroachment squatting known as unapproved colonies in Delhi which is used as a political tool by offering to regularize during the time elections is also a volcano which we are sitting on. These also it is facilitating sleeper cells. The unapproved colonies also have instances of flagrant violations of urban civil laws regulations. We have had the example of Shaheen Baghs, Jafrabads, Batla House from where so many of these sleeper cells have mutated. It has been established that many of these places have been found harboring illegal immigrants from Bangladesh, Rohingyas, etc.

What about the Local Police?

In addition, the local police also have been found encouraging squatting in payments meant for pedestrians, corridors outside shops in markets etc. In this context, may I share that I have visited about 70 – 80 cities outside in India in different parts of the world. Excepting in South Asia, every country has either designated spots for street vending which again is well regulated where these vegetables, meat fish vending happens or they are sold in departmental stores, supermarkets, etc.  Hence this leaving it to squat and later regularizing with Tehbazaari slips and police bribing is unique to India. As I recalled the case of Irani Tea Shop outside the Taj Hotel, we have paid a lot of price for this. Still, we do not learn. The police, the urban body staffers in charge of enforcement should all be subjected to a higher accountability.

Govt. officers can be fired

In one of my previous blogs, I had explained the reason for a clamor amongst Indian educated youth to join any Government Service. Permanency and security of tenure is one of the prime reason. This breeds a lack of accountability and corruption. Notwithstanding that when there are cases where the lack of accountability or bribe-taking is clearly cognizable there is no reason why they cannot be dismissed. There are Supreme Court Ratios in this matter. Hence I don’t think any need is there to give them reasonable opportunity under the Classification Control and Appeal Rules, 1965. Summary dismissal and criminal proceedings should be recourse. Even in the Palghar lynching case, this recourse should have been used. The officers including two found handing over the Sadhus to the mob should have been dismissed forthwith and taken into custody.

Hope some saner voices in the Government will support these changes. Otherwise let us be prepared for more Batla Houses, Shaheen Baghs, Jafrabads, Tablighis, Basirhats, Badhamans, German Bakeries, and 26/11s. 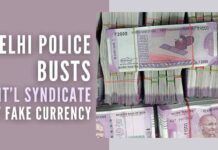