Maharashtra Police had arrested Saibaba over his alleged Maoist links in May 2014.

The Nagpur bench dismissed Saibaba’s interim bail order issued by the Bombay High Court on May 30, which granted him interim relief till December 31 to avail treatment for his serious medical condition. It directed Saibaba to surrender at the Nagpur Central Jail.

The Bombay High Court had given him bail taking suo motu cognizance of a news report about his health and a letter by activist Purnima Upadhyay.

The court had then observed that Saibaba’s life could be in danger if he was not released for medical treatment.

[dropcap color=”#008040″ boxed=”yes” boxed_radius=”8px” class=”” id=””]R[/dropcap]ejecting the bail plea on Wednesday, Justice A.B. Chaudhari said: “There is a prima facie case against the applicant based on strong evidence and in fact, the applicant who is an intellectual has used his intelligentsia for anti-national activities for which there is strong evidence against him as discussed and, therefore, the case of the applicant cannot be considered on the ground of parity,” he said.

When contacted, Saibaba told IANS that he has not yet decided about his future course of action. “We received it only today. I don’t know what to do next,” he said.

The court also refused to consider his plea based on his health condition citing a certificate from the Indian Spinal Injuries Centre in Delhi’s Vasant Kunj area.

We condemn this rejection of permanent bail of G.N. Saibaba and the quashing of his interim bail and appeal to all progressive and democratic people to stand up to such a travesty of justice.
– Group

“Perusal of the above certificate clearly shows the present health condition of the applicant. It is perfectly normal and is in the same position as it was when he was in jail. There is no change therein from the date of his arrest,” it said.

[dropcap color=”#008040″ boxed=”yes” boxed_radius=”8px” class=”” id=””]T[/dropcap]he court also ordered proceedings for criminal contempt to be initiated against author Arundhati Roy for her article titled “Professor, POW” on Saibaba’s arrest that was published in Outlook magazine on May 18, 2015.

Observing that Roy made scandalous observations against the central, state governments and police in her article, the court issued notice to her for contempt of court, returnable on January 25, 2016.

“Scandalous and scurrilous allegations are made by author Arundhati Roy in the said article against the judiciary,” the court said.

It said she “indirectly questioned the sanctity of the order” made by Justice S.B. Shukre for rejecting the bail application filed by Saibaba.

It said that by making such allegations and remarks about the bail rejection order, Roy has interfered in the administration of justice.

Meanwhile, in a statement condemning the court order, the Committee for the Defence and release of Dr.G.N. Saibaba said: “It is disturbing that while all the five other co-accused in the same case along with Saibaba have already been granted regular bail, a 90 percent-disabled professor is being denied the same.

“We condemn this rejection of permanent bail of G.N. Saibaba and the quashing of his interim bail and appeal to all progressive and democratic people to stand up to such a travesty of justice,” the group said. 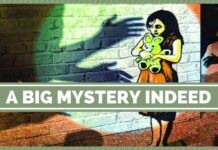 Delhi Police appeal to High Court against the discharge of Shashi...