Depending on the size of the Pooja, the economic capability of the Yajamaanan and the status of the priests conducting the ritual, Dakshina varies

One of the many names of the Mother Goddess is Dakshina. “Dakshina Dakshinaaraadhya” hymns the Lalithasahasranama.

The Pooja or Yaaga, at the instance of an individual called the Yajamaana, was performed by qualified priests. Dakshina simply meant those articles given by the Yajamaana to the priests. Obviously, the Yajamaana had to pay for the items required for the Pooja or Yaaga, like firewood, oil, ghee, flowers and objects for oblations. Over and above these, clothes, a coconut, and almost always, cash and “Vettila-paakku” (betel nut and leaves). As these two items stand for Shiva and Shakthi, they are ALWAYS given together. To give one without the other is considered to be a bad omen.

No religious rite is considered to be complete without a proper Dakshina.  Depending on the size of the Pooja, the economic capability of the Yajamaanan and the status of the priests conducting the ritual, Dakshina varies from documents for vast tracts of land, gold, huge amounts of cash, herds of cows (Pashu-daanaam or the gift of a cow for e.g., is a MUST for Shashtiabdapoorthi, when a person reaches the age of sixty) to a coarse hand-woven piece of cloth and a soiled hundred rupee note weighed down by a one rupee coin.

The giving of Dakshina saw to it that the economic needs of the priests and his dependants were looked after, leaving the man free to pursue Siddhis and knowledge!

Dakshina meant respect for the pundits time and spiritual expertise. These purohits were required to spend their time mainly in two activities. The most important one was their own spiritual upliftment, which meant a rigorous personal Saadhana. They had to be adept at Praanaayam or yogic breath control. They had to recite the prayers taught by their gurus for a definite number of times, daily. There was to be NO let up in this daily spiritual exercise. Only such an accomplished practitioner could successfully engage with the Divinities, for the Yajamaana’s purposes.

The second thing that was mandatory for the pundits was to constantly update their knowledge base. Quite like the fancy mobile phones, becoming obsolete just weeks after their purchase, esoteric knowledge HAS to be updated, albeit through cadjan leaves and libraries! It is only when one goes deeper into knowledge, that one realizes just how vast the subject is.

For e.g. there is a simple Ganapathi Homam. Ashtadravya Ganapathi Homam is when eight things are given as an offering, over and above the normal Ganapathi Homam. There is an ardent Bhaktas of Ganapathi who lights a lamp, offers five spherical food items (Apple, Orange, Pomegranate, Coconut and Jaggery balls) and exhorts his Ganapathi to do something for him! On completion of the task, he gives Ganapathi one more plateful of this five flavoured Naivedyam. Ganapathi, being easily pleased by food AND the quality of the Saadhaka’s sincerity, gladly complies to the requests of His devotee.

The giving of Dakshina saw to it that the economic needs of the priests and his dependants were looked after, leaving the man free to pursue Siddhis and knowledge! It is interesting to note that Dakshina was a MANDATORY part of all rituals. Dakshinaless, and therefore incomplete, the Pooja did not even have a chance of being successful!!

From being an act of reverence, Dakshina first slid to the level of a Baksheesh, or sharing of good luck, in the form of money. When done voluntarily, it becomes an act of helping the less fortunate. A person who offers Baksheesh, to expedite a deserved service AND a person who does his duty only after receiving Baksheesh degrade this act of giving and taking to one of a bribe.

When modern Yajamaanas whose ambitions have NO touch with the reality of their capabilities seek out poojaris who are busy updating their social media pages rather than their knowledge, to  “do some Pooja, any Pooja, to make me Judge/ Minister/ Rich/ Famous”, Dakshina becomes the tawdry thing it has become today. A bribe.  A bribe to the Gods to be amenable to human delusions. In such climes, eradication of societal corruption will remain as obscure an idea as the real meaning of Dakshina.

Lakshmi Bayi
Thiruvathira Tirunal Lakshmi Bayi is the 12th princess of Travancore and a multifaceted personality. She writes extensively for many publications. She is also a poet & an actor. Her area of interest is History of temples and culture. 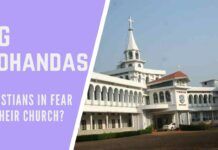