On Thursday, the Delhi Court framed charges against Shahrukh Pathan – who was seen pointing a gun at a policeman in a viral video during the anti-Hindu Delhi riots in February 2020.

The accused caused injuries to police personnel and a gunshot injury was sustained by Rohit Shukla.

The Court has framed charges under various offences dealing with rioting, unlawful assembly, and attempted murder.

They have been charged with sections 147 (rioting), 148 (rioting armed with the weapon), 149 (unlawful assembly), 186 (obstructing public servant in discharge of public functions), 188 (disobedience to order duly promulgated by public servant), 153A (promoting enmity between different groups on grounds of religion, etc.), 283 (danger or obstruction in public way or line of navigation), 353 (assault or criminal force to deter public servant from discharge of his duty), 332 (Voluntarily causing hurt to deter public servant from his duty), 323 (voluntarily causing hurt) and 307 (attempt to murder) of IPC.

The four other accused, armed with bottles, stones, and pistols, obstructed police officials or public servants, who were posted there to maintain law and order, in the discharge of their public functions, according to the case.

In a separate case, the Court had framed charges against Shahrukh Pathan, who pointed a gun at a policeman head constable, Deepak Sahitya.

The Court observed that Pathan had raised his pistol – not sideways but straight Dahiya. The direction of the pistol was aimed at the cop’s head and even the point at which the trigger is pulled, the aim was straight towards Dahiya.

His illegal firearm, a 7.65 mm pistol along with two live rounds, was recovered and it was found that several shots had been fired by him, according to police.

The judge charged Pathan under Sections 147 (punishment for rioting), 148 (rioting armed with a deadly weapon), 186 (obstructing public servant in discharge of duty), and 188 (disobedience to order duly promulgated by public servant) of the IPC.

Charges were also framed under sections 353 (assault), 307 (attempt to murder) read with section 149 (member of unlawful assembly guilty of a common offence) of the IPC and various sections of the Arms Act, to which he pleaded not guilty and claimed trial.

Pathan is currently lodged in Tihar Jail after he was arrested on March 3 last year, following the riots in which over 50 people had died.

The injured person, Rohit Shukla, had given a statement that on February 24 last year, there were two groups of people, one of which was shouting “Allah­hu­Akbar” and protesting against CAA and NRC. He also stated that the unlawful assembly turned violent and started throwing stones and one person held a pistol shot at him.

As the accused pleaded not guilty and claimed trial, the Court listed the matter for prosecution evidence on January 21, 2022. 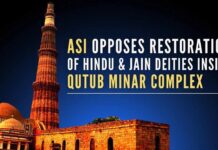