The Delhi High Court has dismissed an interim application by the Delhi Transport Minister Kailash Gahlot seeking to injunct BJP leader Vijender Gupta, who made statements on alleged irregularities in the procurement of 1,000 low floor buses by the Delhi Transport Corporation, from making any defamatory tweets during the pendency of the defamation suit.

The Delhi Transport Minister had filed a criminal complaint against Gupta for allegedly defaming him in a matter related to the procurement of 1,000 low-floor buses by the Delhi Transport Corporation and sought Rs.5 crore in damages and also removal of media posts by the BJP legislator.

The Delhi Transport Minister had alleged in his complaint that Gupta with “malafide purposes and to gain political mileage, has leveled defamatory, scandalous, mischievous, false and scurrilous allegations on the complainant both verbal as well as in writing on social media platforms like Twitter and Facebook through his account.”

In an order passed by the bench of Justice Asha Menon, it is stated that no case for grant of interim injunction to restrain the defendant (Gupta) from tweeting or publishing his views or to take down or archive the existing tweets, is made out.

In the order, the court said: “It cannot be overlooked that both, the plaintiff as well as the defendant, are public figures and members of the Legislative Assembly. There is a right vested in the Opposition to question the government on its actions, as the Executive is subject to the Legislature under the Constitution. This is key to the maintenance of the balance of power between the two wings of the state.”

“While assessing whether the tweets contain a misrepresentation of the facts causing damage to the reputation of the plaintiff, one factor has to be also kept in mind namely, that the defendant claims that there is material in the public domain relating to the tendering for the purchase of the buses as also the AMCs from previous years, which were clouded and which were not taken through and that therefore, the decisions taken by the Government in 2020-21 had to be closely monitored. It was on his public demand that the Minutes of the current tendering process were uploaded. The Committee Report was also in the public domain. Thus, it is clear that the defendant seeks to justify his tweets on the basis of public records.” the order read. 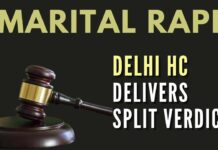 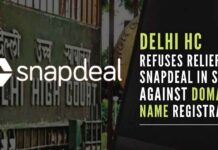