Dr Swamy’s latest calling attention on the bizarre FIR for murder against the Indian army is a case in point.

It calls for guts to move a calling attention motion in Parliament which could embarrass one’s own party. But then for the irrepressible Dr Subramanian Swamy, the nation ALWAYS comes first. If he has crossed swords with the high and mighty both within and outside his party during his political career spanning over four decades it is only because of his deep love for Bharat. Politically he has paid a heavy price for speaking as per the dictates of his conscience. But then Dr Swamy has entered public life only to make India a great nation.

Dr Swamy is perhaps the only leader to openly come against Mehbooba Mufti and Nirmala Seetharaman.

This is the reason why he has often displayed raw courage in the national interest.

His latest calling attention on the bizarre FIR for murder against the Indian army is a case in point.

He is understandably angry that Nirmala Seetharaman is maintaining a studied silence on an issue which can demoralize the armed forces.

Dr Swamy is perhaps the only leader to openly come against Mehbooba Mufti and Nirmala Seetharaman.
But then Dr Swamy has always been a gutsy leader the like of which is a rarity in contemporary Indian politics. 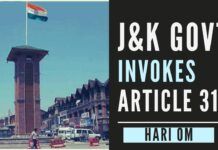 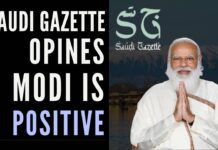 India is a “welfare state” and trouble-makers in Kashmir are “evil forces”, says Saudi Gazette

How Islam makes soldiers of the faithful by toughening them