In the early 19th century, the ruler of the Sukerchakia Misl, Ranjit Singh invaded Lahore and annexed it. He managed to unite most of the Misls and was crowned as the emperor of the Sikh Empire. With the help of his generals such as Dewan Mokham Chand, Diwan Misr Chand and Hari Singh Nalwa, Maharaja Ranjit Singh managed to defeat the Afghans and expel them from Punjab. Under him, the Sikhs were repeatedly victorious in several wars against the Afghan Durranis.

The Sikhs even managed to go on and invade Afghan lands. The great Maharaja Ranjit Singh liberated Kashmir and Punjab after centuries of Muslim rule, bringing relief to the non-Muslim population. Ranjit Singh donated generously to both Sikh gurudwaras and Hindu temples. He was regarded as the greatest ruler in the Indian subcontinent at that time.

It can, therefore, be summarised that the Marathas freed most of India from the Mughals while the Sikhs freed North-Western India from the Afghans. The Marathas and the Sikhs were eventually defeated by the British, who took over their territories and became the masters of India. This is often ignored in our history textbooks which even seem to suggest that the British succeeded the Mughals and not the Marathas and the Sikhs. There were three Anglo-Maratha wars and several Anglo-Sikh wars too. How many Anglo-Mughal wars took place?

Through my writing, I’ve shown that Hinduism has survived not because the Muslim rulers of medieval India were tolerant of it but because several Hindu kings and queens over the ages rose up to fight for Dharma.

Many liberals often argue that many of the wars between Hindu kingdoms and Muslim kingdoms in medieval India were not religious in nature but were political wars aimed at annexation or consolidation of territories. They often point out the fact that Hindu rulers such as Maharana Pratap had Muslims like Hakim Khan Sur as the commander-in-chief of their army while Hindu rulers like Shivaji appointed Siddi Ibrahim Khan as the chief of his artillery. Liberals also point out how many Rajputs and Marathas served under the Mughal army, claiming that wars between Hindu kingdoms and Muslim kingdoms must not be seen through a religious lens.

Such an argument is of course futile. Israel has several Muslim soldiers in its army yet is hated by Muslims across the world as it represents Jewish nationalism and Jewish power. There are several left wing, progressive Jews who are vehemently opposed to the existence of the nation of Israel while there exist Muslim apologists of Israel at the same time. There were Jews in the army of Hitler too, this again does not mean the Nazis were tolerant towards Jews.

At the end of the day, the Marathas and the Rajputs were representatives of Hindu power, no matter the number of Muslim soldiers present in their armies while the Mughals represented Islamic power despite the numerous Hindus serving in their armies. The very act of Shivaji Maharaj invading and conquering a land ruled by an Islamic Sultanate was an act of defending Dharma by itself as history has shown how a land that falls under Islamic rule always ends up becoming Islamic over a profound period of time. Hindu rulers such as Krishnadevaraya and Shivaji abolished jizya, freed Hindu women from slavery, abolished forced conversions over lands that they had annexed from Islamic Sultanates. These acts themselves restored and protected Dharma despite them not involving any active measures to promote Hinduism. It is precisely for these reasons that wars between Hind kingdoms and Muslim kingdoms cannot be dismissed as political wars. 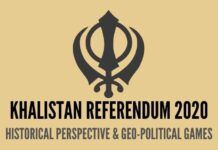 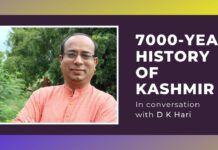