Resisting the Dutch and the Portuguese

In medieval India several Christian powers such as the Dutch and the Portuguese too aimed to destroy Hinduism after establishing a foothold in parts of India. There were several personalities and groups who rose up to fight these invaders too.

Kshatriyas attacked and killed Portuguese Padres who were engaging in forced conversion of the local Hindu populace during the famous Cuncolim Revolt of Goa.

Marthanda Varma totally crushed the Dutch at the Battle of Colachel in 1741 and put a total end to their expansionist campaigns.

The Marathas and the Sikhs were eventually defeated by the British, who took over their territories and became the masters of India.

Professor A. Sreedhara Menon said, “A disaster of the first magnitude for the Dutch, the battle of Colachel shattered for all time their dream of the conquest of Kerala.”

Dharma Raja succeeded his uncle Marthanda Varma and valiantly held off Tipu Sultan’s mighty army. He also provided refuge to Hindus who were fleeing the persecution done by Tipu. Joined the British alliance that eventually crushed Mysore in the Anglo Mysore wars.

It can be summarized that the Marathas freed most of India from the Mughals while the Sikhs freed North-Western India from the Afghans. The Marathas and the Sikhs were eventually defeated by the British, who took over their territories and became the masters of India. This is often ignored in our history textbooks which even seem to suggest that the British succeeded the Mughals and not the Marathas and the Sikhs. There were three Anglo-Maratha wars and several Anglo-Sikh wars too. How many Anglo-Mughal wars took place? 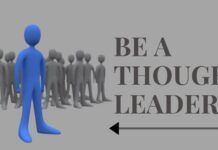 Is the Tamil Nadu Government scared of Pon Manickavel?