[dropcap color=”#008040″ boxed=”yes” boxed_radius=”8px” class=”” id=””]I[/dropcap]n an indication that the Governmnent is moving on some of the promises made by Prime Minister Modi during his visit to the United States, the bankruptcy law, a legislation for improving ease of doing business in the country, is one of the major focus areas of the government and its draft was likely to be ready in the next 10 days, Economic Affairs Secretary Shaktikanta Das said on Thursday.

“The recommendations of the committee (which has been constituted by the government on bankruptcy law) and the first cut of the draft legislation should be available to us in about a week or 10 days,” he said at the release function of Dun & Bradstreet’s publication ‘Manufacturing India 2025’ here.

He said India does not have a strong bankruptcy law and thus scored badly in the area of ease of doing business.

“Once we are able to bring in bankruptcy law, our ranking in world bank ranking will be jumping several spots,” he added.

[dropcap color=”#008040″ boxed=”yes” boxed_radius=”8px” class=”” id=””]D[/dropcap]as also said the liberalization of external commercial borrowing (ECB) regime was also underway and the measures related to it was likely to be announced by November-end. Besides these, he said the other priority areas of the government for improving the share of manufacturing in GDP included early implementation of goods and service tax, bringing banking sector reforms with focus on reducing non-performing assets, making easy availability of finance and providing support to start-ups. 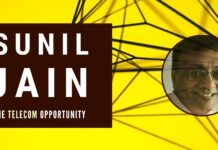 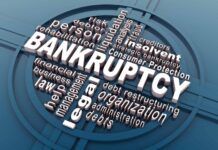 IBC is good for banking, but more is needed RBI says no permission given to Islamic Development Bank (IDB) to...