The Enforcement Directorate on Monday arrested Unitech founder Ramesh Chandra, his daughter-in-law Preeti Chandra and an executive of a company in connection with a money-laundering probe against the real estate group and its promoters. Preeti Chandra is the wife of jailed Unitech promoter Sanjay Chandra, who acquired Dominican citizenship in 2015 and was settled in Dubai to evade arrest. Preeti is running a fashion boutique in Dubai.[1]

The third to be arrested on Monday was Rajesh Malik, an executive of Carnoustie Management (India) Pvt which is allegedly linked to the case, officials said. All the three — Ramesh Chandra, Preeti Chandra, and Rajesh Malik — will be produced before a court on Tuesday by the Enforcement Directorate seeking their custody, said ED officials. The Chandra brothers (Sanjay Chandra and Ajay Chandra), accused of siphoning home buyers’ money, are lodged in Taloja jail in Mumbai after the Supreme Court directed that they be transferred from Tihar. The SC gave the directions after the ED claimed that the brothers were conducting business from inside the Tihar jail by conniving with the prison staff.

The ED’s money laundering case is based on a number of Delhi Police Economic Offences Wing and CBI FIRs filed by homebuyers against the Unitech Group and its promoters. The ED filed a criminal case under various sections of the PMLA earlier this year against the Unitech Group and its promoters over allegations that the owners — Sanjay Chandra and Ajay Chandra — illegally diverted over Rs.2,000 crore to Cyprus and the Cayman Islands. It had also carried out raids in this case on March 4 at 35 locations of the Shivalik Group, Trikar Group, Unitech Group, and Carnoustie Group in Mumbai and the national capital region.

The ED had said that the total proceeds of crime detected in this case stand at Rs.7,638.43 crore and it has attached properties worth Rs.672.52 crore till now as part of this investigation. The Serious Frauds Investigation Office (SFIO) also submitted a probe report to Supreme Court on the series of shell firms floated by Unitech Group to syphon huge money.[2]

Unitech Group, founded by Ramesh Chandra in the mid-80s was considered to be the second-largest real estate company in India till 2010. The Group ran into controversies and started collapsing when younger son Sanjay Chandra was caught in a 2G Scam by floating a telecom company Uninor.

[1] Money & me: Dubai boutique owner has a fashionably sensible stance towards her finances – Jul 27, 2017, National News 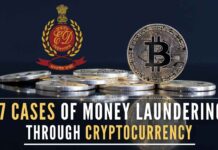 Mr. Prannoy Roy, you are lying through your teeth