Amid fresh escalation of tensions between India and Pakistan, the Line of Control (LoC) on Friday witnessed heavy volume exchange of artillery firing in different sectors of Uri and Keran sectors of north Kashmir in which at least eight Pakistan Army soldiers, including 2-3 Pakistan Army Special Service Group (SSG) commandoes were killed in punitive strikes by the Indian Army.

Around one dozen Pakistan Army soldiers were also injured in the Indian Army firing in which a large number of Pakistan Army bunkers, fuel dumps, and launch pads have also been destroyed,” official sources said.

On the Indian side, three soldiers of the Indian army, one officer of the Border Security Force (BSF), and three civilians succumbed to grievous injuries while seven civilians including two porters with the Indian Army received splinter injuries in the Sawjiyan sector of Poonch.

According to the ground reports, “the Pakistan army initiated unprovoked ceasefire violations along the Line of Control in Keran and Uri sectors early Friday morning. As the day progressed, the Pak Army expanded the range of firing and started targeting several civilian areas in Dawar, Keran, Uri & Naugam sectors triggering panic among the local population.”

Two soldiers were martyred in the Uri sector while another made the supreme sacrifice in the Gurez sector,

In the heavy exchange of firing Sub Inspector Rakesh Dobhal of BSF also sustained a head injury and later succumbed to his injuries. He was a resident of Ganga Nagar Rishikesh Distt Dehradun.

According to the official sources,4,052 ceasefire violations by Pakistan reported this year of which 128 happened in November and 394 in October. 3,233 incidents were reported last year. 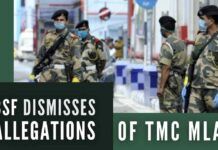 BSF clarifies that it has no powers to register FIRs, rebuts TMC MLA’s allegation as ‘Utterly Baseless’ 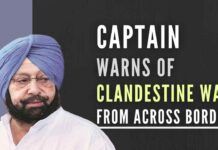