The sanctions were initially introduced for one year on July 31, 2014, in response to Russia’s actions in the east of Ukraine.

The measures were reinforced in September 2014. They target certain exchanges with Russia in the financial, energy and defence sectors and in the area of dual-use goods, according to the statement.

On June 22, 2015, the Council of the European Union prolonged the duration of the measures by six months until January 31, 2016.

EU leaders then decided to link the duration of the sanctions to the complete implementation of the Minsk agreements, which was foreseen to take place by December 31, 2015.

“Since the Minsk agreements will not be fully implemented by 31 December 2015, the duration of the sanctions has been prolonged whilst the Council continues its assessment of progress in implementation,” the EU statement said. 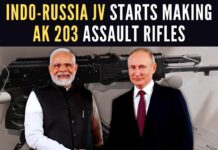