[dropcap color=”#008040″ boxed=”yes” boxed_radius=”8px” class=”” id=””]T[/dropcap]he European Union (EU) finance ministers confirmed EU’s commitment on Tuesday to scale up climate finance to help the poorest and most vulnerable countries to climate change in the years ahead after a meeting here.
This EU’s ministerial meeting was held before the international climate change conference to be held later this month in Paris. Climate finance is expected to be one of the difficult issues to agree on at that crucial conference, reported Xinhua.
“The EU has today confirmed its position as the global leader in climate finance. Ahead of the crucial COP21, we are delivering significant financial support for developing countries and will continue to do so,” said Pierre Moscovici, Commissioner for Economic and Financial Affairs, Taxation and Customs.
[dropcap color=”#008040″ boxed=”yes” boxed_radius=”8px” class=”” id=””]T[/dropcap]he European Commission said climate finance needs to be supported by enabling environments such as appropriate national development plans, climate strategies, policies, instruments, mechanisms and regulatory frameworks to facilitate private sector action.
According to the EU official data, the EU and its Member States provided 14.5 billion euros ($15.55 billion) in funding in 2014 to help the poorest and most vulnerable countries reduce greenhouse gas emissions and adapt to the consequences of climate change.
“This is a further significant increase which shows Europe’s determination to contribute its fair share of the $100 billion goal set in 2009 for annual finance flows from developed to developing countries by 2020,” the EU said in a statement. 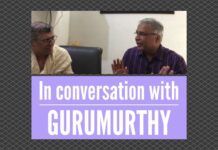