The social media giant Meta (Facebook) and the video streaming platform YouTube said that it will temporarily halt the ability of a number of Russian channels, including state-sponsored RT, to monetize their content on the platform.

Meta has blocked access to several Russian state-controlled accounts in Ukraine. The social network said it is also reviewing other governments’ requests to restrict access to these accounts in their countries.

Google-owned YouTube has also announced it is temporarily halting the ability of a number of Russian channels, including state-sponsored RT, to monetize their content on the platform.

Nick Clegg, vice president of global affairs at Meta, said in a tweet thread early on Monday that the company has been in contact with the Government of Ukraine. He tweeted, “The war in Ukraine is devastating and our teams at Meta are taking a number of steps in response, detailed here”.

The war in Ukraine is devastating and our teams at Meta are taking a number of steps in response, detailed here: https://t.co/mqMsZ404ui

“However, people in Russia are using FB and IG to protest and organize against the war and as a source of independent information. The Russian government is already throttling our platform to prevent these activities. We believe turning off our services would silence important expression at a crucial time,” he noted.

YouTube said the channels are affiliated with recent sanctions, and that it has restricted access to RT and other channels in Ukraine in response to a request from that country’s government. 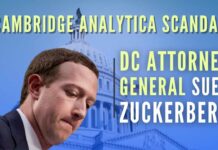 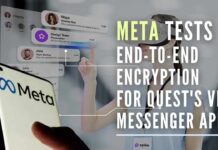