Finance Minister Nirmala Sitharman is caught up in a big controversy after an audio clip of her abusing the State Bank of India (SBI) Chairman Rajnish Kumar in front of all officials in a meeting in Guwahati in Assam on February 27. Some whistleblower officers uploaded the audio in the public domain a few hours back. Reacting to the abusive tone of the Finance Minister to their Chairman, All India Bank Officers’ Confederation issued an attacking press release against the Minister, blaming her abusive nature on March 13 evening. But allegedly, due to pressure from the Finance Ministry, the Confederation withdrew the press release on March 14th evening.

On March 13, the Confederation issued an attacking press release against the Finance Minister, blaming her behavior and attitude, reminding her that the Bank officers should not be treated like this. After a few hours, they withdrew the press release. Both are published below:

A senior management expert that Team PGurus spoke to, had this to say:
“She could have said the same thing to the MD/ CEO in a one-on-one conversation, in the closed confines of a room. The first rule of management – never abuse your employee in front of his/ her employees – nothing destroys morale more. Praise in public and criticize in private. How will Rajnish command the respect of his juniors? No one will do anything – worse everyone knows a line has been crossed and someone must take the fall. Interesting times ahead…” 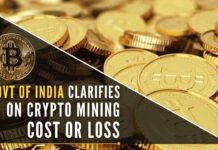 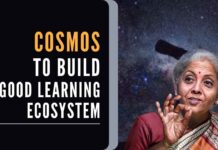 Pete Olson a Republican Congressman stands with India on Article 370