Parts 1-3 of this series can be accessed here. This is Part 4.

If the previous episode of losing/ misplacing minutes of a crucial meeting was an instance of a regulatory misdemeanor, this episode details another shocking omission on part of Ramesh Abhishek. He could plumb new depths for obeying His Master’s Voice. Between him and a few other Babus, jointly referred to as the C-Company, Chidambaram (PC) could make or break any industry segment or a hardworking entrepreneur. That his destruction would result in loss of a million jobs an ecosystem was creating on its own, was also killed, reeks of hypocrisy of the highest order.

What therefore is surprising is that despite having a mountain of evidence on all players of the NSEL episode, Ramesh Abhishek chose to train his guns only on Jignesh Shah.

To add insult to injury, this bunch of blundering blatherers is now drumming up chants of unemployment in the current regime. That the economy grew when they (UPA) were in power is more a case of a rising tide lifting all boats than their effort. The former Finance Minister’s popularity across political parties is perhaps more due to his devious ways of devising money making using the markets (which he doubtlessly shared among the coalition partners) than his track record of which the less said, the better. But I digress. Back to FMC.

The issue in question is the suppressing or not divulging an important investigation report of Rajvardhan Sinha, Additional Commissioner of Police, Economic Offences Wing (EOW). On April 4, 2015, Rajvardhan sent a report to Ramesh Abhishek, on the role played by brokers in the National Spot Exchange Limited (NSEL) scam. While submitting the interim report, he mentioned that his office is only taking cognizance of the criminality involved, and suggests that Ramesh Abhishek should intervene in regard to assessing the violation of the code of conduct and licensing terms as relevant to brokers. For more see Figure 1.

In essence, what he was saying while sending the interim report is to check whether what the brokers have done is consistent with their terms of license given to them and market conduct expected from them.  Ramesh Abhishek was always found to evade regulatory responsibility (see earlier posts) on one excuse or another. This instance further reinforces the fact that it is not a lack of power or information that he always used to cite for his inaction, but deliberate and diabolic intention to divert the real issues.

What did Rajvardhan’s report mention as activities of brokers that he asked Ramesh Abhishek to check and intervene? It’s a long list and only a hardcore biased or a corrupt babu can overlook such an important report. Yet Ramesh Abhishek precisely did that. The table below lists the various acts of malfeasance by the five brokers, who SEBI finally found not fit and proper[1] almost four years later. Page numbers are cited from the letter Rajvardhan wrote to the FMC:

This is just a short list – I can list several more. EOW wanted Ramesh Abhishek to look into other aspects of malfeasance. What therefore is surprising is that despite having a mountain of evidence on all players of the NSEL episode, Ramesh Abhishek chose to train his guns only on Jignesh Shah. Was it because Shah was threatening to unseat the cozy club of C-Company run NSE? What transpired confirms this view.

The regulatory conduct of Ramesh Abhishek, if found as a violation when he seemed to have lost or missed preserving the minutes of the meeting (Part 3), will look like a diabolic plan and deliberate attempt to suppress the investigation report and divert the process of proper investigation.

A copy of the letter by the EOW to the FMC is published below: 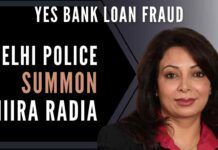