On Wednesday, ex-Starlink India head, Sanjay Bhargava, revealed that he now plans to write a white paper on how to ensure countrywide broadband access by 2023 and end poverty by 2030.

Bhargava had quit as India Director for Elon Musk-run satellite internet company Starlink. After announcing a dramatic exit as the India head of Starlink operations late on Tuesday, Bhargava posted on LinkedIn that he has always tried to give back to India by blaming no one and inspiring everyone over the last 17 years.

“As I retire, I am thinking of writing a short whitepaper on ‘Good Broadband Pan India by Dec 2023 & Ending Poverty by 2030‘. Is this possible?” he wrote.

“My concern is that even though my intentions are good my words will be twisted, and all kinds of motives will be ascribed even though my only motive is to provoke thinking to achieve the METRO’s (Measurable Timebound Real Outcomes) outlined in the title,” Bhargava added. “My tentative deadline to publish (the white paper) is January 15, 2022,” he said.

The Department of Telecom (DoT) has advised Indians time and again to not subscribe to Starlink without a license. Besides this, the DoT has also issued warnings to the company to refrain from taking any bookings and rendering services in India.

Starlink shipped 100,000 terminals to customers recently. The project aims to provide global broadband connectivity via a constellation of satellites.

Earlier, Starlink had announced that it will focus on 10 rural Lok Sabha constituencies to provide Internet services. 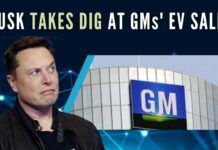 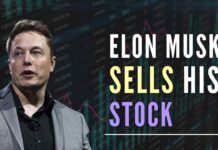 After Twitter poll, Elon Musk sells his stock worth $6.9 billion over a period of several days

How do I read a Kindle Book on my SmartPhone or...