Thank a ton Rafi Sahab for continuing to enrich our lives in a thousand and twenty-one ways.

On this day in 1980, a divine avatar called Mohd Rafi bid Khuda Hafiz to millions of his fans. Even though physically he is not with us, emotionally he is very much with us deep in our hearts. Paraphrasing the Bard from Bengal I would say that God could not be present in every home, hence he created Mohammed Rafi.

When Hindustan was partitioned, Rafi’s family rightly opted to cast their lot with India. In an interview, Rafiji said “Hindustan mere khoon mein hai, meri rooh mein hai. Otherwise, do you think it would have been possible for me to sing ‘Vatanpe jo fida hoga amar woh naujawan hoga’? I am an Indian first and proud to be one. Which other country has such a rich musical tradition? In which other country music is worshipped?” A simple man with simple tastes, Rafi continues to enchant generations of people. He brings out the bhakti bhav in us when he sings “Man tarpat Hari darshan ko aaj”. He brings tears in our eyes when he entreats God to call him to His feet “Duniya na bhaye mohe ab toh bulale charno mein charno mein.” He eggs on our patriotic spirit when he chants ” Jahan dal dal pe soneki…” He is at his classical best when he performs “Madhuban mein Radhika….”. He squeezes the last drop of pathos in us by saying “Main tooti hui ek naiyya hoon.” And he is seductive when he croons “Jaane bahar husn tera bemisaal hai” or “Door rehkar na karo baat quareeb ajao….” or “Dil betab ko seenese lagana hoga.” He is near orgasmic when coos “Aaj ki raat yeh kaisi raat….” As for romance, it comes to him so very easily. Savor ” Tujhe dekha tujhe chaha tujhe pooja meine”, “Deewana hua badal…” ” Mein kahin kavi na ban jaoon” or “Phir miloge kabhi….” If it is qawwali can anyone come within four km of him? Na toh karwan ki talash, Chandi ka badan, Parda hai parda hai are just a few random examples.

His gair-filmi ghazals like “Ek hi baat zamane ki…” ” Dil ki baat kahi nahi jaati…” etc are to be treasured. Truly the likes of him are born once in a millennium. Thank a ton Rafi Sahab for continuing to enrich our lives in a thousand and twenty-one ways. Bahut shukiriya, badi meherbani, hamari zindagi mein farishta aap aaye. 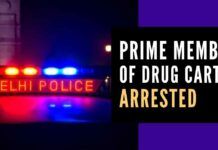 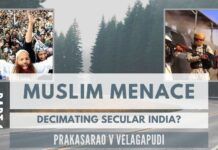 Kannadigas and their culture under Assault