Google is killing yet another service

Tech giant Google on Thursday announced to shut down its cloud gaming service Stadia, admitting that it hasn’t gained the traction the company had expected. However, the service will remain live for players until January 18, 2023.

Players will continue to have access to their games library and play through January 18, 2023, so they can complete the final play sessions.

Google said it will refund all Stadia hardware purchased through the Google Store as well as all the games and add-on content purchased from the Stadia store. Google expects those refunds will be completed in mid-January.

Many of the employees on the Stadia team will be distributed to other parts of the company.

Phil Harrison, Vice President, and General Manager, Stadia said, “We’ve made the difficult decision to begin winding down our Stadia streaming service. While Stadia’s approach to streaming games for consumers was built on a strong technology foundation, it hasn’t gained the traction with users that we expected.”

He added, “We expect to have the majority of refunds completed by mid-January, 2023.

Google said it will continue to invest in new tools, technologies, and platforms that power the success of developers, industry partners, cloud customers, and creators.

“We’re so grateful for the groundbreaking work of the team and we look forward to continuing to have an impact across the gaming and other industries using the foundational Stadia streaming technology,” said the company.

Google said that it sees clear opportunities to apply Stadia technology across other parts like YouTube, Google Play, and our Augmented Reality (AR) efforts, as well as make it available to its industry partners. 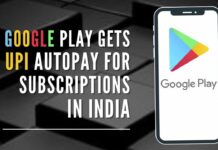