The Government of India (GOI) and Twitter bickering continues with Twitter partially obliging cancellation of 500 accounts out of around 2000 accounts ordered by Government to cancel. Twitter on Wednesday said it has suspended over 500 accounts and blocked access to several others within India as it partly acceded to a government order to curb the spread of misinformation and inflammatory content around farmers’ protests. Twitter, in a blog post, said it has not blocked accounts consisting of “news media entities, journalists, activists and politicians” as doing so “would violate their fundamental right to free expression” guaranteed under the country’s law.

In the late-night, the Government of India issues a Press Release on the details of their conference with the US authorities and issued a Press Release stating Twitter Inc. to adhere to India’s business rules, if they want to do business in India. The detailed Press Release is given below:

In view of the order issued by the Government of India directing Twitter to remove Tweets and accounts using hashtag related to ‘farmer genocide’ and accounts supported by Khalistan sympathizers and backed by Pakistan and blog post issued by Twitter today morning, this meeting took place as per schedule.

Secretary told the Twitter representatives that in India, we value freedom and we value criticism because it is part of our democracy. India has a robust mechanism for protection of freedom of speech and expression that is very elaborately explained as Fundamental Rights under Article 19 (1) of the Constitution of India. But freedom of expression is not absolute and it is subject to reasonable restrictions as mentioned in Article 19 (2) of the Constitution of India. Various judgments of the Supreme Court have also upheld this from time to time.

He further highlighted that Twitter is welcome to do business in India. Due to India’s conducive business environment, open Internet and firm commitment to the freedom of expression Twitter as a platform has grown significantly in India in last few years. Twitter, as a business entity working in India, must also respect the Indian laws and democratic institutions. Twitter is free to formulate its own rules and guidelines, like any other business entity does, but Indian laws which are enacted by the Parliament of India must be followed irrespective of Twitter’s own rules and guidelines.

Secretary took up the issue of using a hashtag on ‘farmer genocide’ with Twitter executives and expressed strong displeasure on the way Twitter acted after an emergency order was issued to remove this hashtag and content related to that. Spreading misinformation using an incendiary and baseless hashtag referring to ‘farmer genocide’ at a time when such irresponsible content can provoke and inflame the situation is neither journalistic freedom nor freedom of expression as envisaged under Article 19 of the Constitution of India. Despite the attention of Twitter being drawn to such content by the Government through a lawful process, the platform allowed the content with this hashtag to continue, which was extremely unfortunate.

Secretary reminded Twitter about the action taken by Twitter during the Capitol Hill episode in the USA and compared that with the disturbance in Red Fort in India and its aftermath. He expressed dissatisfaction over Twitter’s differential treatment in the two incidents. A deep sense of disappointment at seeing Twitter side not with ‘freedom of expression’ but rather with those who seek to abuse such freedom and provoke disturbance to public order, was conveyed to the Twitter representative.

Secretary also mentioned that revelations around a certain “Toolkit” has made it evident that a strong social media campaign was planned in a foreign country around farmers protest. Misuse of Twitter’s platform for execution of such campaigns designed to create disharmony and unrest in India is unacceptable and Twitter must take strong action against such well-coordinated campaigns against India, through compliance with the applicable law of the land.

Lawfully passed orders are binding on any business entity. They must be obeyed immediately. If they are executed days later, it becomes meaningless. Secretary expressed his deep disappointment to Twitter leadership about the manner in which Twitter has unwillingly, grudgingly and with great delay complied with the substantial parts of the order. He took this opportunity to remind Twitter that in India, its Constitution and laws are supreme. It is expected that responsible entities not only reaffirm but remain committed to compliance to the law of land.

The Govt. conveyed to the Twitter leadership that the manner in which Twitter officially allows fake, unverified, anonymous and automated bot accounts to be operated on its platform, raises doubts about its commitment to transparency and healthy conversation on this platform.

Twitter leadership affirmed their commitment towards following Indian laws and rules. They also expressed their continuing commitment towards building their services in India. They have also requested for better engagement between Government of India and Twitter’s global team.

Twitter’s decision to counter the Ministry of Electronics and Information Technology (MeitY’s) ordered by not cancelling many accounts and explanation for it through a blog has not gone down well with the Ministry. The Ministry termed as “unusual” Twitter’s move to publish the blogpost before slated talks with the IT Secretary on the issue, as sought by the US company. It was interesting to note that the Ministry replied to Twitter through a newly developed Indian App Koo, where many Ministers, Ministries and many prominent right-wingers joined.

The government had late last month sought to block 257 tweets and handles in connection with the agitation by farmers over the new pro-market Agricultural Laws.

“Upon the request of Twitter seeking a meeting with the government, the Secretary IT was to engage with senior management of Twitter. In this light, a blog post published prior to this engagement is unusual,” IT Ministry headed by Minister Ravi Shanker Prasad said in its response on Koo, a homegrown social networking platform. The government will share its response soon, the post on Koo said. Koo is being touted as the homegrown contender to Twitter.

The blogpost by Twitter on Wednesday morning had the microblogging platform emphasising it will continue to advocate for the right of free expression of its users and that it is “actively exploring options under Indian law – both for Twitter and for the accounts that have been impacted.”

The development comes in the backdrop of the government – on February 4 – ordering Twitter to take down 1,178 accounts with links to Pakistan and Khalistani supporters that were spreading misinformation and provocative content related to farmers’ protest[1]. In all, Twitter has taken action against over 1,000 accounts – 500 as sought by the government and an equal number that were found by the company engaging in platform manipulation and spam.

The government had late last month sought to block 257 tweets and handles in connection with the agitation by farmers over the new pro-market Agricultural Laws. Twitter complied, only to restore the accounts hours later. This led to the government issuing a non-compliance notice and a warning of stringent penalties and potential jail terms.

Stating that it has informed the IT Ministry (MeitY) of its enforcement action, Twitter said it has taken a range of enforcement actions against over 500 accounts escalated across all MeitY orders – including permanent suspension in certain cases for violation of its rules.

Seeking to clarify its stance, Twitter – in its blog post on Wednesday – said it had taken steps to reduce the visibility of the hashtags containing harmful content that included prohibiting them from trending on Twitter and appearing as recommended Search terms. It has “withheld a portion of the accounts identified in the blocking orders” within India, making them accessible only outside the country.

Stating that it has informed the IT Ministry (MeitY) of its enforcement action, Twitter said it has taken a range of enforcement actions against over 500 accounts escalated across all MeitY orders – including permanent suspension in certain cases for violation of its rules. “…Today, we have withheld a portion of the accounts identified in the blocking orders under our Country Withheld Content policy within India only. These accounts continue to be available outside of India,” Twitter said. It, however, did not provide details of the handles against whom action had been taken.

Twitter argued that it has not taken any action on accounts that consist of news media entities, journalists, activists, and politicians as it does “not believe that the actions we have been directed to take are consistent with Indian law, and, in keeping with our principles of defending protected speech and freedom of expression”.

Reacting to the developments, Advocate Mehek Maheshwari who approached the Supreme Court for a regulatory mechanism for social media companies operating in India said that his case is listed on mid-February: 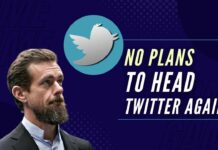 Repeat offender Twitter gets show cause notice and asked to reply...