This year’s Padma awards was a disappointing one especially in the field of Art & Culture. Even Dakshin Bharat seems to be ignored for no reason whatsoever. The classical field is totally neglected. Through public media (Facebook, Twitter, etc.) people have been expressing their resentments in giving awards posthumously which have no meaning or significance whatsoever. Still, the government did not pay much attention to their opinions.

The nomination procedure has been made very cumbersome for deserving people to apply for Padma awards. Until recently prominent persons or Institutions sent in their recommendations to concerned authorities nominating highly deserving achievers in the different fields, even unaware of the nominee.

A highly qualified jury selected the awardee after the Home Ministry shortlisting the nominations. Calling for applications from any candidates irrespective of their achievement criteria the online applications has reached more than 50,000 every year. It may be a Herculean task for the Home Ministry office to scrutinise and make a shortlist of the nominees. A well-deserving person may not be inclined to do self-nomination.

So it is humbly suggested that the Home Ministry stop the online registration and revert to the old system.

Will this message reach the hierarchy? Let us wait and watch. 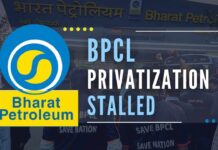 Subramanian Swamy -The essence of Hindutva and what it means to...