[dropcap color=”#008040″ boxed=”yes” boxed_radius=”8px” class=”” id=””]A[/dropcap]runachal Pradesh Governor Jyoiti Prasad Rajkhowa on Friday said the state was facing a constitutional crisis as well as a law and order problem, and wondered what wrong he had done.
“It is a constitutional crisis and law and order problem. There are a lot of problems there in Arunachal Pradesh),” Rajkhowa told the media at Tezpur in Assam.

“Why am I (being) blamed? What wrong have I done? Law and order is not under control in the state and jungle raj prevails there,” Rajkhowa said.

“The ministers shouted and pointed fingers at me. The chief minister (Nabam Tuki) was there, the home minister was there. They did not misbehave with me but with the governor of the state. They also threatened me,” the Arunachal Pradesh governor said.

Rajkhowa said six state ministers were present at a dharna in front of Raj Bhavan on Thursday night.

“The state home minister laid and supervised the dharna. They have also blocked all roads in the state capital Itanagar, not allowing movement of vehicles,” Rajkhowa said.

Justice Hrishikesh Roy passed the order while hearing a writ petition filed on behalf of Arunachal Pradesh Speaker Nabam Rebia, who alleged that Governor Rajkhowa summoned the winter session of the assembly without consulting Chief Minister Nabam Tuki and his council of ministers and that it was done at the behest of a certain political party.

The court will hear the arguments on February 2 next.

“The governor is extremely surprised to know from TV channels of Guwahati that a single judge bench of the Guwahati High Court issued a stay order on the governor’s order dated December 9 rescheduling the summoning of the Arunachal Pradesh legislative assembly from January 14, 2016, to December 16, 2015, and other proceedings, including removal of Speaker Nabam Rebia by a resolution of 33 MLAs and asking for maintaining status quo ante…” 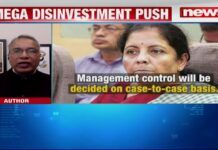