Union home minister Amit Shah deserves plaudits for designating Dawood Ibrahim as a terrorist under the recently amended UAPA law. The nemesis of Dawood has arrived.

In the past Union home ministers like Sushil Kumar Shinde have only talked about tackling the big Bhai. But, Amitbhai can be expected to walk the talk. Dawood, who is based in Pakistan and is a key member of that country’s ruling establishment, is known to have masterminded the March ’93 blasts in Mumbai and helps the infamous ISI carry out its operations in India.

He is on first name terms with Imran Khan and several Pakistani army generals.

The close link between D Company and the Pakistani government is so obvious from the desperateness with which Pak diplomats in London are preventing the extradition of Junaid Motiwala, Dawood’s key narcotics smuggler, to the U.S. The FBI had done a sting operation against Motiwala in Karachi and has gathered a mass of evidence about D gang’s drug smuggling operations.

However, what the Union home ministry now needs to do is crackdown on Dawood’s front men in real estate, stockbroking, commodity trading, financial services, forex trade and other legit businesses in Mumbai and other cities. The Intelligence Bureau has minute details of these “white businesses” of Dawood. The IB even taped a conversion between a builder associate of D gang and a Lashkar-e-Taiba operative near Lahore. A large cluster development real estate project is known to be sponsored by D company.

From being an ordinary criminal operating in the streets of Bhendi Bazaar Dawood has emerged as an international don who is being liberally used by the ISI for its nefarious operations. He is ferried in VIP jets by the ISI to safe houses across Pakistan. In fact, he is on first name terms with Imran Khan and several Pakistani army generals. It may be difficult to counter him on Pak soil, but certainly, it should be possible to liquidate his vast business empire in Mumbai and also take into custody politicians who are on his payroll. 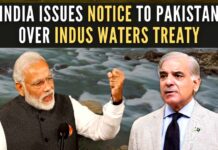 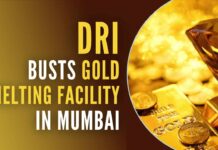